The number of cities picked under the project now stands at 99. Under the scheme, each city will get Rs 500 crore from the centre for implementing various projects. 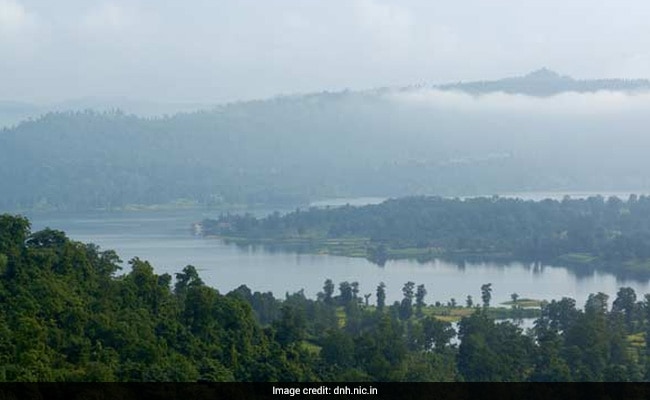 Silvasa topped the list of winners in this round of Smart Cities Mission.

The number of cities picked under the project now stands at 99. Under the scheme, each city will get Rs 500 crore from the centre for implementing various projects. An equal amount, on matching basis, will have to be contributed by the state or urban local bodies.

The nine cities chosen in the fourth round are; Bareilly, Moradabad and Saharanpur in Uttar Pradesh, Erode in Tamil Nadu, Bihar Sharif in Bihar, Silvasa in Dadra and Nagar Haveli, Diu in Daman and Diu, Kavarati in Lakshadweep and Itanagar in Arunachal Pradesh.

Shillong will be the 100th city provided it submits its proposal to the centre in next three months, a senior official said.

The nine cities were selected from 15 cities that had submitted their proposals to the ministry, the official said.

Uttar Pradesh's Meerut, Ghaziabad, Rampur and Rae Bareli were among cities that failed to make the cut for Smart City tag. Silvasa topped the list of winners in this round.

"The nine cities selected have proposed an investment of Rs 12,824 crore... which would be impacting 35.3 lakh persons living in these areas," Mr Puri told a press conference in New Delhi.

These cities have proposed 409 projects which would get around 61 per cent funding from the centre and the state, Mr Puri said.

The total proposed investment in the 99 Smart City Mission would be Rs 2.03 lakh crore.

Mr Puri said Kolkata's New Town, which was selected for the mission in May 2016, was yet to form a special purpose vehicle to start implementing the projects.

The West Bengal government, however, has already announced that it would not participate in the centre's Smart Cities Mission.

When asked whether New Town was still a part of the Smart Cities Mission, Mr Puri said, "West Bengal is part of India and it bid for the scheme and New Town was one of the announced city for the mission."

He further said the centre has released Rs 2 crore to the city and it was supposed to form a special purpose vehicle and appoint PMC (project management consultant) which the city has not done yet while "most of the other cities did so".

Over private investment into the projects under the scheme, he said, roughly 25 per cent of the total investment would come from private sector.

On the outcome of the mission, he said 'Smart city' does not mean something from a "science fiction which will fall from the heaven" but it consists of redevelopment of existing areas which will enhance the living experience.

Mr Puri said the Smart Cities Mission is setting a new benchmark in terms of project implementation and he was "more than satisfied" with rate of implementation.

Promoted
Listen to the latest songs, only on JioSaavn.com
'Smart City Centers', based on advanced technologies, have become operational in four cities - Pune, Surat, Vadodara and Kakinada and work is in progress in 18 more cities.

As on January 17, Mr Puri said there were 2,948 projects worth Rs 1.38 lakh crore in various stages of implementation, while 189 projects worth Rs 2,237 crore have been completed.
Comments
Smart Cities MissionSilvasaHardeep Singh Puri