Kuldeep Thakur and Nigam Gurjar, were arrested after the attack on Aaftab's van yesterday and produced in the court before being sent to judicial custody. 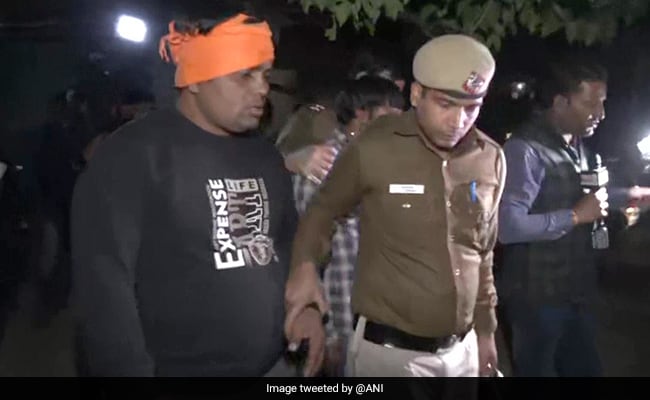 Two men with swords, who attacked the police van carrying Aaftab Amin Poonawalla, the accused in the Shraddha Walkar murder case, outside the Forensic Science Laboratory (FSL) office in Delhi were sent to judicial custody.

Both the accused, Kuldeep Thakur and Nigam Gurjar, arrested after the attack on Aaftab's van yesterday, were produced in the court by the Delhi Police, from where they have been sent to judicial custody.

Police said that their team is trying to identify and arrest the rest of the accused.

According to the officials, the police personnel, escorting  Aaftab during a sword attack allegedly attempted by Hindu Sena workers, belonged to the third battalion of Delhi Police.

"The responsibility of transporting prisoners from jail to anywhere is of the third Battalion of the Delhi Police. Aaftab was escorted by five police personnel, including one SI rank as their in-charge, during the attempted attack by sword-wielders on a police van carrying Poonawala," a police official told ANI over the phone on the conditions of anonymity. "The police personnel and Aaftab were safe and secured," he added.

Earlier, the FSL Director Sanjeev Gupta told ANI that the polygraph test of Aaftab may continue on Tuesday as well.

"The expert team is conducting polygraph tests. Today's session will be completed soon. We may need to continue the test on Tuesday as well. Once our tests are completed, the Narco test will be conducted," he said.

The polygraph test held on Sunday could not be completed, despite Aaftab being taken to the FSL office for three days.

Aaftab is accused of strangling to death his live-in partner Shraddha and chopping her body into pieces. He is also alleged to have preserved the chopped body parts in a refrigerator before dumping them in forested areas in Delhi and Gurugram.