Sonia Gandhi had written to Uddhav Thackeray, reminding him of the Common Minimum Program of the government and following up on the implementation of certain measures for the welfare of Dalits and tribals, news agency PTI reported on Friday. 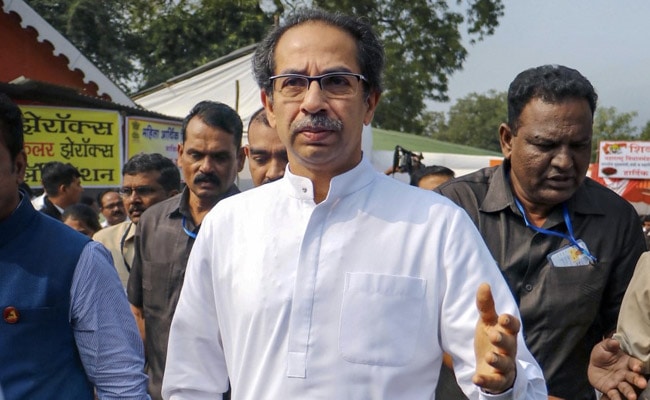 Shiv Sena leader Sanjay Raut on Saturday said there was nothing to be read between the lines in Congress chief Sonia Gandhi's letter to his party chairperson Maharashtra Chief Minister Uddhav Thackeray, adding the two parties were in an alliance and there was no "pressure politics".

"Sonia Gandhi is the president of UPA (United Progressive Alliance). She and Sharad Pawar had an important role in the formation of the Maha Vikas Aghadi (Maharashtra's ruling coalition). While allying, we had created a Common Minimum Program. The letter is about that," Mr Raut, the Shiv Sena's chief firefighter, said.

"The coronavirus pandemic is the reason for the pending work on the issues that were in the Common Minimum Program. Some projects have been left pending because of the increased work because of the pandemic," he said.

"If the Congress party has brought forward an agenda which is in the interest of people of Maharashtra and the state, then, it should be welcomed. There is no pressure politics. We are in alliance with Congress," Mr Raut added.

Sonia Gandhi had written to Uddhav Thackeray, reminding him of the Common Minimum Program of the government and following up on the implementation of certain measures for the welfare of Dalits and tribals, news agency PTI reported on Friday.

The letter drew attention because it was the first of its kind since the Congress formed an unlikely alliance with an ideologically disparate Shiv Sena along with Sharad Pawar's Nationalist Congress Party (NCP) to form the Maha Vikas Aghadi government in the state last year and keep the BJP out.

Among other things, Sonia Gandhi, in her letter dated December 14, asked for reservation in government contracts for scheduled castes and tribes professionals to promote entrepreneurship among them, Congress sources told PTI.

She expressed confidence that the Maharashtra government under Mr Thackeray's leadership will implement the Common Minimum Programme in letter and spirit.

The budget allocation for the development of Scheduled Castes and Scheduled Tribes should be proportionate to their share in the population, she said.

The focus should be on bringing these communities on par with the rest of society at the earliest, Mrs Gandhi said.

"...there should be legislative backing to utilize the funds allocated (for schemes for SC/STs) during the same financial year," she said.

There should be recruitment drives for filling up vacancies in reserved posts, the Congress president said.

The letter also assumes significance given the upcoming Gram Panchayat elections in Maharashtra.