Sheila Dikshit dies: Sheila Dikshit, who was the Delhi Congress chief, had served as Delhi's chief minister for three consecutive terms between 1998 and 2013.

Sheila Dikshit died at 3.55 pm at a hospital in Delhi

Veteran Congress leader Sheila Dikshit, the longest serving chief minister of Delhi, has died of a cardiac arrest. She was 81.

Sheila Dikshit was admitted to Escorts hospital Saturday morning. She died at 3.55 pm.

"A multi-disciplinary team of doctors, led by Dr Ashok Seth, Chairman, Fortis Escorts Heart Institute, carried out the advanced resuscitative measures. Her condition stabilised temporarily. However, she had another cardiac arrest and despite all the resuscitative efforts, passed away at 3:55pm on 20th of July 2019," Fortis said in a statement.

Sheila Dikshit's body has been taken to her home in Delhi's Nizamuddin area; her last rites will take place today.

Sheila Dikshit took over as Delhi Congress chief in January, ahead of the national elections. She had contested the Lok Sabha elections from North East Delhi constituency, but lost to the BJP's Manoj Tiwari. 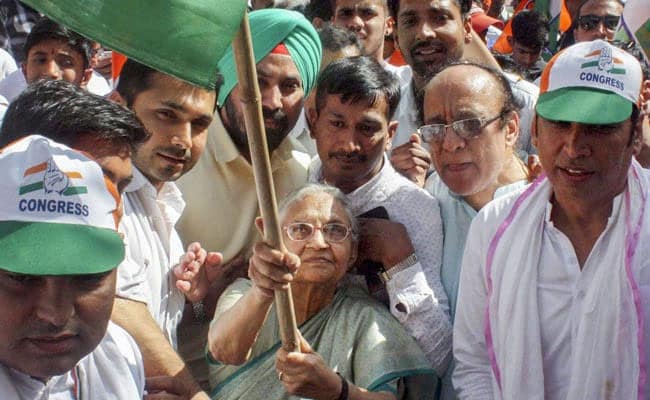 Sheila Dikshit was currently serving as the Delhi Congress chief, a charge she took over in January this year, ahead of the national elections.

Congress leader Rahul Gandhi said he was devastated. "I'm devastated to hear about the passing away of Sheila Dikshit Ji, a beloved daughter of the Congress Party, with whom I shared a close personal bond. My condolences to her family & the citizens of Delhi, whom she served selflessly as a 3 term CM, in this time of great grief," he tweeted.

Prime Minister Narendra Modi said he was deeply saddened by the death of Sheila Dikshit. "Blessed with a warm and affable personality, she made a noteworthy contribution to Delhi's development. Condolences to her family and supporters. Om Shanti," PM Modi tweeted.

President Ram Nath Kovind also offered his condolences. "Her term in office was a period of momentous transformation for the capital for which she will be remembered. Condolences to her family and associates," he tweeted.

Sheila Dikshit had served as Delhi's chief minister for three consecutive terms between 1998 and 2013. She was succeeded by Aam Aadmi Party's Arvind Kejriwal. 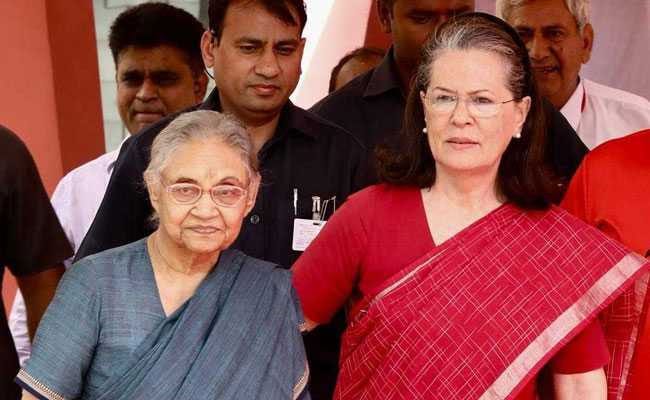 Sheila Dikshit was a close associated of former PM Rajiv Gandhi and a minister in his cabinet.

Sheila Dikshit, after her stint as Delhi chief minister, was sworn in as Kerala's Governor in 2014, but resigned in just six months.

She started off as a reluctant politician, assisting her father-in-law, veteran Uttar Pradesh Congress leader Uma Shankar Dikshit, who was a minister in Indira Gandhi's cabinet.

Sheila Dikshit became a lawmaker for the first time from the Kannauj Lok Sabha seat in Uttar Pradesh in 1984. She was a close associate of former PM Rajiv Gandhi and a minister in his cabinet.

Sheila Dikshit's son Sandeep Dikshit is also a Congress leader who was a parliamentarian from Delhi.