"Next Chief Minister From...": Sanjay Raut After Leaving Hospital

Sanjay Raut visited the Lilavati Hospital on Monday evening after he complained of mild pains in chest. He was treated by Dr Jaleel Parkar. 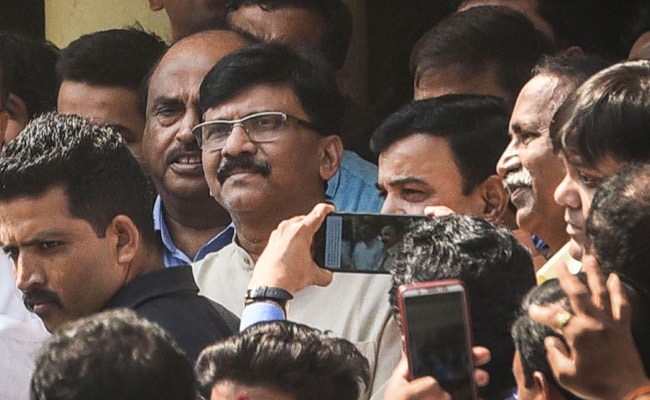 Nearly two days after he underwent angioplasty to remove two blockages in his heart at Lilavati Hospital in Mumbai, senior Shiv Sena leader Sanjay Raut was discharged on Wednesday noon.

"Next chief minister of Maharashtra will be from the Shiv Sena," Mr Raut said while leaving the hospital around 1 pm.

Doctors have advised him rest for some time, one of his family members said.

"He will have to undergo another check-up after some days to assess the progress of the angioplasty procedure," he said.

Mr Raut visited the Lilavati Hospital on Monday evening after he complained of mild pains in chest. He was treated by Dr Jaleel Parkar.

Mr Raut, executive editor of the Sena's mouthpiece ''Saamana'', became the face of the party's repeated demand for chief ministership for 2.5 years and 50:50 split in portfolios ever since poll results were announced on October 24.

Since October 24, the journalist-politician has been holding media briefings every day and posting tweets to hit out at the BJP for not "honouring" power-sharing "agreement" between the parties which stalled government formation in Maharashtra.