Sania Mirza Condemns BJP Leader's Comments: 'I Am Indian, Will Always Remain One' 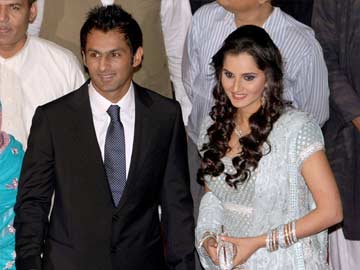 Hyderabad: Tennis star Sania Mirza today condemned the comments of a Telangana BJP leader describing her as "Pakistan's daughter-in-law", emphasizing that "I am Indian, I will always remain one." (Read her full statement)

In comments that have been strongly criticized by political parties and others, K Laxman, a BJP legislator from Telangana, has questioned the credentials of Ms Mirza, 27, as brand ambassador for India's youngest state, saying she is married to Pakistani cricketer Shoaib Malik and is not local enough.

In a statement following the uproar, Ms Mirza said, "My family belongs to Hyderabad for more than a century and I strongly condemn any attempts by any person, whosoever, to brand me an outsider."

Saying that she was hurt that time was being wasted on the "petty issue", she added, "I am married to Mr. Shoaib Malik, who is from Pakistan. I am an Indian, who will remain an Indian until the end of my life."

Mr Laxman had said Sania was born in Maharashtra and her family moved later to Hyderabad.  Ms Mirza responded, saying, "I was born in Mumbai as my mother needed to be at a specialist hospital since she was seriously unwell at the time of my birth. I came home to Hyderabad when I was 3 weeks old."

The ruling TRS, headed by K Chandrasekhara Rao, defended its decision on Ms Mirza. "This is foolish talk. We don't care what anyone says. She is an international achiever-" said the party's Keshava Rao. K Kavitha, a parliamentarian and the chief minister's daughter, pointed out that Gujarat, the home state of Prime Minister Narendra Modi, has Bollywood mega-icon Amitabh Bachchan as its brand ambassador, even though he is not from the state.

Promoted
Listen to the latest songs, only on JioSaavn.com
Hanumantha Rao of the Congress, a parliamentarian from Telangana, is among those who disagree with Ms Mirza's new post. "She hasn't worked in Telangana before. It's not about being married to a Pakistani player, it is because she hasn't worked in Telangana," he said. ('She is a Symbol of Pride for India': Reactions on BJP Leader's Remark on Sania Mirza)

While announcing on Monday that she would serve as its brand ambassador, the Telangana Chief Minister had described Ms Mirza as "the daughter of Hyderabad" and sanctioned a crore for her coaching and training.