Sanghamitra: The First Poster Of Shruti Haasan's Film Is Out

The first poster of Sundar C's Sanghamitra was released by the makers of the film on Thursday. In the intriguing poster, Shruti Haasan looks majestic and valorous 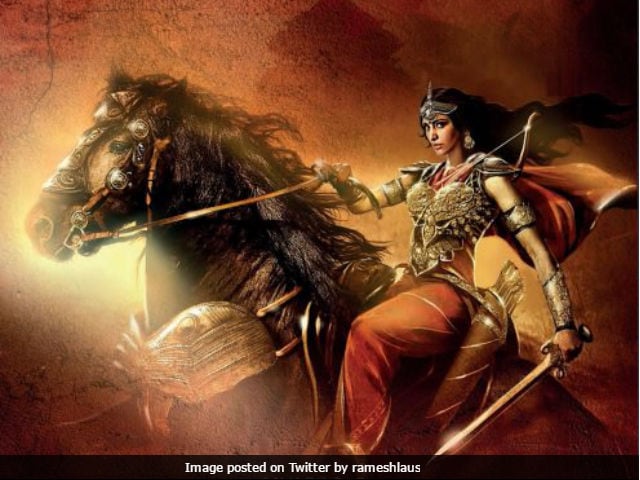 New Delhi: Actress Shruti Haasan is really excited as her film Sanghamitra is all set to receive a grand unveiling at the 70th Cannes Film Festival. Ahead of its launch at the Cannes Film Festival, the first poster of the movie has been released by the makers of the film. In the intriguing poster, which has been shared by trade analyst Ramesh Bala, the 31-year-old actress looks majestic and valorous. Shruti Haasan will be seen portraying the role of a warrior princess in Sundar C's Sanghamitra. The film, which has been produced by Sri Thenandal Films, will be released in Tamil, Telugu and Hindi simultaneously. Sanghamitra also stars Arya and Jayam Ravi in lead roles.

Shruti Haasan, who learnt sword fighting for the movie, shared a few videos of her training session on social media last month. In an interview to news agency IANS, she described her experience of learning the art as 'mentally engaging' and 'exhilarating'. "I was so glad to have this opportunity to learn a new physical art form. After having martial arts as part of my life early on, sword fighting was a whole new experience which was physically and mentally engaging and exhilarating," IANS quoted Shruti Haasan as saying.

Shruti Haasan will be walking the red carpet at the Cannes Film Festival with the entire cast of Sanghamitra. The Gabbar Is Back actress posted a selfie along with Oscar-winner singer A R Rahman and wrote: "Cannes day one begins ! Lovely to meet up with the amazing @arrahman again to announce #sangamithra #cannes70."

Cannes day one begins ! Lovely to meet up with the amazing @arrahman again to announce #sangamithra #cannes70

Shruti Haasan made her Bollywood debut with 2009 movie Luck. She will next be seen in Behen Hogi Teri opposite Rajkummar Rao. The film is slated to release on May 26.
Comments
shruti haasansanghamitrasundar c