'Rocky Babu Hit Them, Said Don't You Know Who I Am,' Bodyguard Told Cops 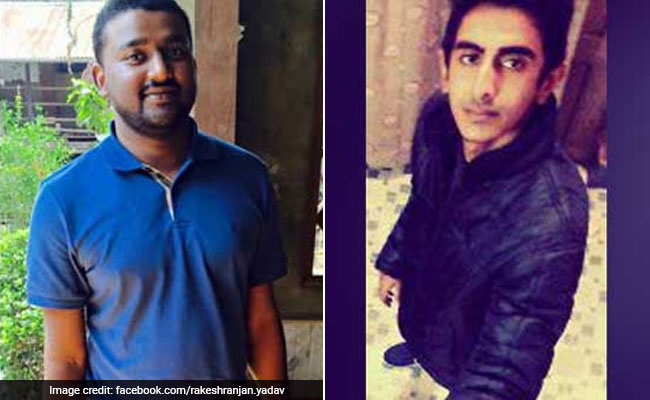 Patna: The five friends, all boys, were driving home from a birthday party. One of them had borrowed his father's Maruti Swift. The roads in Gaya at about 8 that evening were no busier than usual, and the teenagers were chatting away, in no real rush to get home.

So when they overtook a Land Rover, they didn't think anything of it. Till, minutes later, the SUV pulled up virtually alongside, and ordered the Maruti to make way. The traffic made that a tricky manoeuvre. But the Land Rover, silver in colour, with three people inside, fired a warning shot forcing the Maruti to slow down, and quickly pulled ahead.

Then the Land Rover blocked the Maruti's path. In the next few minutes, the boys in the smaller car would transform from students into four witnesses to the murder of the fifth - a rear seat passenger named Aditya Sachdeva.

"The guy with the pistol, who had said 'either you stop or we will shoot you', started beating me. He said 'My name's Rocky Yadav.' Blood was running from my nose because of the beating," Nasir Hussain, who was driving his friends in his father's Maruti, has testified in court. "Scared, I tried to drive away, but we heard a shot. We ducked our heads. Then Ayush, who was sitting in the back, said Aditya has been hit by a bullet."

Rocky Yadav, son of a local politician, raced away in the Land Rover, according to Mr Sachdeva's friends. For the next two days, the 21-year-old dodged the police till he was discovered hiding with his 10-lakh pistol in a factory owned by his father, Bindi Yadav, a criminal businessman considered powerful.

Mr Yadav's real name is far less catchy: Rakesh Ranjan. His lawyers say there is no direct evidence that he killed Mr Sachdeva; his intent, they say, was to shoot in the air and not at anybody

He is expected home soon after getting bail from the Patna High Court earlier this week; the government has said it will ask the Supreme Court to return Mr Yadav to jail because it is concerned that he could try to influence key witnesses.

His mother, Manorama Devi, was a prominent local leader of the ruling Janata Dal United but was suspended after her son was arrested. But at the time of Mr Sachdeva's death, she was assigned security by the state, and one of her guards, a police constable named Rajesh Kumar, was told by her to accompany her son and his cousin that evening.

The security guard has been charged with abetting Mr Sachdeva's murder, but, like Mr Yadav, he has been granted bail. He has yet to testify in court. In a statement to the police, he says Mr Yadav fired his pistol twice in a fit of rage.

"There was loud music playing in the Swift, and after overtaking us, the guys in it began mocking us. Rocky was infuriated and started driving faster. He tried to move ahead, but the Swift would not cooperate...Rocky, who was very angry by now took out his pistol and fired in the air. The Swift driver stopped near a temple. And we all came out (of the SUV)," he says.

Promoted
Listen to the latest songs, only on JioSaavn.com
"Rocky babu started beating the guys sitting in the Swift, saying 'Don't you know I'm the son of Bindi Yadav? The Swift driver tried to race away, but Rocky was trying to drag him out of the car and the driver lost his balance. Then Rocky fired and this time, the bullet hit the rear windshield," he says.

From there, the bodyguard says, Mr Yadav drove home, where his father allegedly instructed him to leave immediately for Delhi to avoid arrest.