Gaya: 19-year-old Aditya Sachdeva, who was shot dead allegedly by a Bihar lawmaker's son in Gaya earlier this month for overtaking his SUV, has scored 70 per cent marks in his class 12 board exams.

The Aditya's father, Shyam Sundar Sachdeva, and mother, Chanda Sachdeva, said his board exams result has added to their heartbreak.

"My son passed this exam but lost the exam of life. If he was alive we would have felt the happiness... but what can we say now," Mr Sachdeva said. 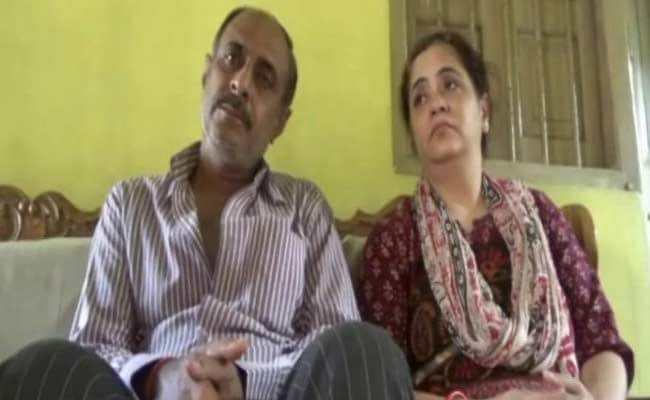 The Aditya's father, Shyam Sundar Sachdeva, and mother, Chanda Sachdeva, said his board exams result has added to their heartbreak.

"We had many hopes... we haven't checked but his friends have told that he scored 70 per cent," said Aditya's mother.

Aditya's friends had earlier told NDTV that he was an average student and any result over 70 per cent would have made him happy.

"He was an average student and any result over 70 per cent would have made him happy. And he always wanted to go and live in a bigger city," said Abhi Sharma, Aditya's one of closest friends.

Rocky Yadav is currently lodged in Gaya central jail where his father Bindi, known in the area for his muscle and money power, and his mother's bodyguard Rajesh Kumar are also kept in the Aditya death case. The two were arrested for allegedly helping Rocky escape.

Suspended Janata Dal-United lawmaker Manorama Devi is also in jail after she surrendered in a case lodged against her under the Excise Act after liqour bottles were recovered from her residence.

However, Chief Minister Nitish Kumar has promised a speedy trial in the case.