Of Reema Lagoo, Sanjay Dutt said: "We worked together in several movies and every time that I worked with her I learnt something new" 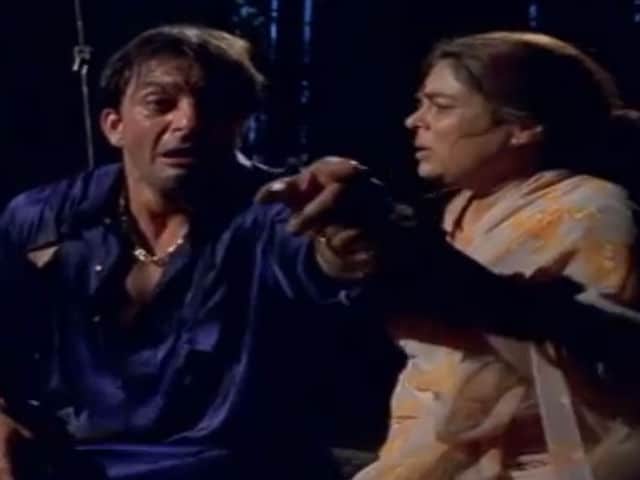 Mumbai: The scene from Vaastav where Reema Lagoo aims a gun at her gangster son, played by Sanjay Dutt, and shoots him dead is one of most heart-rending and powerful sequences in Hindi cinema. Vaastav released in 1999 but till date, when fans watch the scene, it induces goose bumps and extreme emotion. Reema Lagoo's sudden and unfortunate death on Wednesday morning came as a shock to her family, fans and friends from the film industry. She was taken to Mumbai's Kokilaben Hospital early on Thursday morning after complaining of chest pain that was later diagnosed as a cardiac arrest. She died two hours later. Reema Lagoo was 59.

Sanjay Dutt, who has worked with Lagoo in several films including Vaastav, Gumrah and Saajan, was at a loss for words. Dutt, who is only a year younger to Ms Lagoo, played her son in Vaastav and Saajan. He had a lot of respect for the late actress and got extremely emotional while remembering her today. A heartbroken Sanjay Dutt said that he "lost a mother again today."

He added, "We worked together in several movies and every time that I worked with her I learnt something new. Her demise has left a void which is difficult to fill. May God give strength to her family and close ones."

Reema Lagoo's last rites were held in Mumbai on Thursday afternoon and was attended by Aamir Khan, Rishi Kapoor, Kajol and other actors who worked with her.
Comments
reema lagoosanjay duttvaastavvaastav filmreema laago sanjay dutt