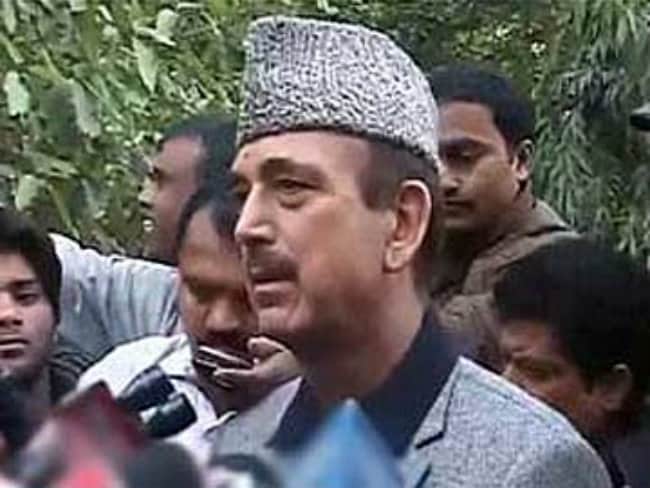 The People's Democratic Party or PDP won two of the four Rajya Sabha seats in Jammu and Kashmir, the election for which was held today. Its partner BJP won one seat and the National Conference-Congress combine won the fourth.

This is the first time the BJP is sending a member to Rajya Sabha from the state.

The PDP winners were Nazir Ahmad Laway and Fayaz Ahmed Mir - both of whom had unsuccessfully contested the Assembly elections from Kulgam and Kupwara.

The winner from the BJP was Shamsher Singh Manhas and Congress' Ghulam Nabi Azad retained his seat for yet another term - which will ensure that he also retains his position as the leader of the opposition  in the Upper House.

While both the BJP and the PDP had fielded two candidates each, the loss of one BJP candidate has given the PDP an upper hand again. The BJP came second in last year's assembly elections as well - winning 25 seats, three short of PDP's 28 in the 87-member assembly.

The result is expected to have some effect on the negotiations for the government formation in the state, which is currently under Governor's Rule.

Alliance talks between the BJP and the PDP had been in a limbo over a number of demands from the PDP.

These include initiation of talks with Pakistan and Kashmiri separatists, a timeline on the revocation of the controversial Armed Forces' Special Powers Act and the non-revocation of Constitution's Article 370, which grants special powers to the state.

Promoted
Listen to the latest songs, only on JioSaavn.com
The BJP has had a different stance of the demands for years.

The victory in the Rajya Sabha elections also pushes the numbers of the NDA in Rajya Sabha, where it is in minority, ahead of the crucial budget session. Unable to pass key bills in the winter session, the government had to bring in a number ordinances which had drawn Opposition fire.