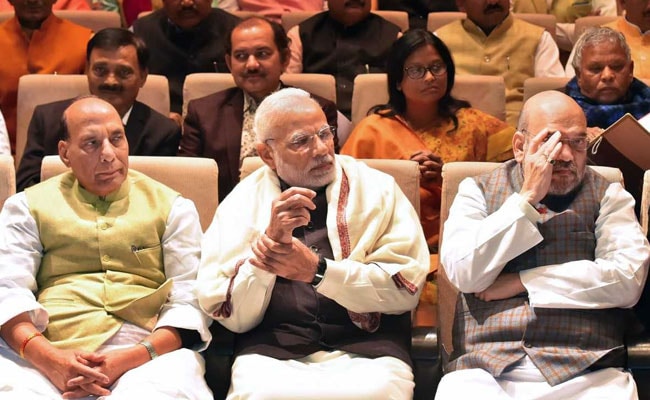 New Delhi: Of the 58 vacancies from 16 states that the Rajya Sabha election 2018 seeks to fill, voting will take place in six states -- Uttar Pradesh, West Bengal, Karnataka, Jharkhand, Chhattisgarh and Telangana - to elect 25 lawmakers to the upper house. In the remaining 10 states, 33 candidates have been declared elected unopposed. But in some states, the stage is set for a key contest, with new political equations emerging. Voting will be held on Friday, March 23 between 9 am and 4 pm.

For the 10 vacancies in the state, there are 11 candidates. While the ruling BJP has put up nine candidates, including Union Finance Minister Arun Jaitley, the Samajwadi Party (SP) has fielded Jaya Bachchan and the Bahujan Samaj Party (BSP) Bhim Rao Ambedkar.

To win the Rajya Sabha election, a candidate needs 37 first preference votes. The BJP and its allies have 324 lawmakers in the assembly, which means the BJP can win eight seats and still have 28 surplus votes.

There were some anxious moments for the BJP though after its ally SBSP that has four lawmakers skipped the first anniversary celebrations of the Yogi Adityanath government, claiming that the BJP was not following the alliance dharma. But after meeting BJP chief on Tuesday, Suheldev Bharatiya Samaj Party(SBSP) boss OP Rajbhar said his party would vote for the BJP candidate in the Rajya Sabha elections 2018.

With 47 lawmakers, the SP candidate is expected to sail through the Rajya Sabha election. After its recent electoral understanding with the SP, the BSP that has 19 lawmakers is eyeing the 10 surplus votes of SP, seven votes of the Congress and one from the RLD.

For the five vacant Rajya Sabha seats from the state, the ruling Trinamool that has put up four nominees has the numbers. It has also announced support to Congress candidate Abhishek Manu Singhvi. The Left has also fielded a candidate, setting up a contest in the Rajya Sabha election.

For the Rajya Sabha elections to fill four seats from Karnataka, the ruling Congress that has 124 lawmakers has fielded three candidates but has enough numbers to get two of them elected. A candidate needs 46 first preference votes. The BJP that has nominated Rajiv Chandrasekhar will be able to send one candidate.  With 32 surplus votes, the Congress is eyeing the support of rebel JD(S) lawmakers to get its third candidate elected.

Of the three aspirants for the two vacancies, the BJP that has 43 lawmakers has fielded two candidates. It is up against the Congress that has put up one candidate though it has just seven members in the assembly. The party is eyeing the support of 19 JMM lawmakers besides other smaller parties.

For the lone vacancy from the state, the BJP that has 49 lawmakers in the 90-member assembly has the numbers to defeat the Congress candidate in the Rajya Sabha election 2018.

For the three Rajya Sabha seats from Telangana, the ruling TRS has put up three candidates while the Congress has fielded one. The TRS has enough numbers to get two of its candidates elected. With the AIMIM announcing it support, the TRS hopes to push its third candidate through.
Comments
Rajya SabhaRajya Sabha election