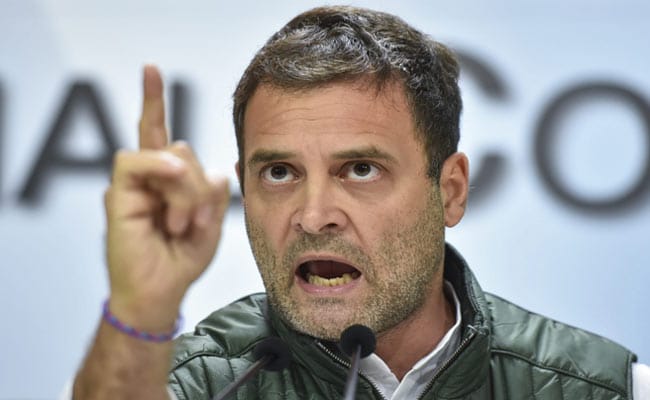 Contrary to what the BJP leader said, Aurangzeb who died in 1707, was not the "last" of his dynasty.

The last Mughal ruler was Bahadur Shah Zafar, who died in 1862. But Aurangzeb is often seen as the last of the prominent Mughal kings as the empire began disintegrating after him.

Gyan Dev Ahuja also questioned Rahul Gandhi's claim of being a "janeu dhari" (a Hindu who wears the sacred thread), saying his party should name the priest who conducted the ceremony for it.

In the past, Mr Ahuja has courted controversy by likening cow smugglers as "terrorists". He said on Thursday that the concern for cows displayed in the Congress is nothing more than a sham.

He claimed the Bharatiya Janata Party will win the by-election for the Ramgarh assembly seat, where polling was called off due to the death of Bahujan Samaj Party candidate Laxman Singh. The Congress won 99 of the remaining 199 Rajasthan assembly seats where elections were held last month.

The bypoll for Ramgarh will take place on January 28.

In the last assembly, Gyan Dev Ahuja was an MLA from Ramgarh. He announced himself as an independent candidate for the December elections after the party denied him the ticket. He later withdrew his nomination.