In addition to a bomb blast in Ludhiana, the state recently witnessed sacrilege into the sanctum sanctorum of the Golden Temple and lynching incident in Kapurthala. 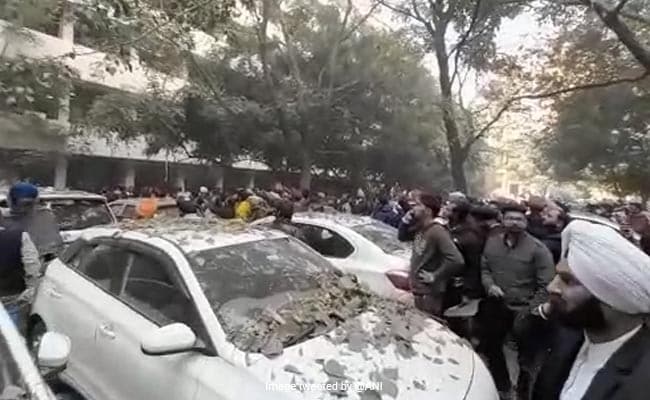 A man was killed and five seriously injured in a blast inside a court complex in Ludhiana.

Intelligence agencies warned of more terror attacks in Punjab before elections and asked state police to intensify the safety of sensitive installations and close watch on social media.

A senior officer said that several security advisories were already issued to the state police anticipating terror activity. Keeping a close watch on the situation, teams of Central intelligence agencies are coordinating with state police and local intelligence units to avert any more such incidents.

"We held a meeting with state intelligence officers and issued a warning to them regarding terror activities in the state. We have asked them to keep a close watch on social media to keep tapping on any rumour-mongering. At present, Punjab is more fragile than Kashmir," he added.

He said that in the last few months there was a surge in drone activities in border areas, where explosives and arms were dropped in Indian territory. And it is expected that the smuggled explosives will be used to destabilize law and order in the state.

"There were several instances of drones used to drop explosives were remained undetected and it might be used in terror activities before or during elections to create a law and order situation," said the officer.

In addition to a bomb blast in Ludhiana, the state recently witnessed sacrilege into the sanctum sanctorum of the Golden Temple and lynching incident in Kapurthala.

An intruder was shot dead by BSF along the Indo-Pak border in the Gurdaspur sector when he was trying to cross over from the Indian territory. The identity of the youth killed in Amritsar and Gurdaspur remained unidentified.

On December 20, a drone was sighted in the Gurdaspur sector of Punjab near the international border. BSF personnel fired five rounds but it manages to return inside Pakistan territory.