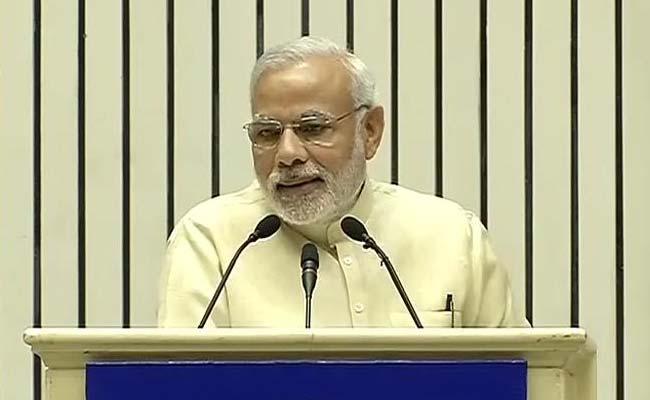 Prime Minister Narendra Modi's remarks that judiciary should guard against 'five-star activists' and it was not as fearless as it used to be were today slammed by opposition parties as "outrageous and damaging" that amounted to contempt of court.

Prashant Bhushan, whose petitions have led to interventions by the Supreme Court on several occasions, said the prime minister's remarks were "outrageous" that amount to contempt of court.

He said be it the coal scam or other similar cases, those accused of corruption have been held accountable by activists.

The rebel AAP leader said the remarks came from a person whose government is amending the land acquisition law which is against the rights of the farmers.

CPI(M)'s Brinda Karat said Mr Modi talks of five-star activists as he himself wears a "Rs 10 lakh suit" in an apparent reference to the controversial pinstripe monogrammed 'bandhgala' suit he wore during US President Barack Obama's visit to India in January this year.

Ms Karat said the statement shows the contempt the Prime Minister has for "normal democratic processes".

"In our country we can file petition in the Supreme Court if we feel that government is doing injustice...he talks of five-star activists wearing a Rs 10 lakh suit," she said.

Mr Modi had yesterday said, "It is easy to deliver judgments based on the law and the Constitution. There is a need to be cautious against perception-driven verdicts. Perceptions are often driven by five-star activists."

Addressing a conference of chief justices of states and chief ministers, he had also said that the judiciary today "fears" as to what will happen if it goes against perception.

He said the same situation was not there two decades ago.

Chief Justice of India HL Dattu and several judges of the Supreme Court were also present. Mr Dattu was later quoted as having said that judges today are as fearless as they ever were.

The Aam Admi Party(AAP) said Mr Modi's comments were an attempt to suppress the "right thinking voices" and also a signal to officers to act tough on NGOs and people who raise their voice against the government.

The party said that in order to avert a UPA like debacle, Mr Modi is trying to orient different arms of the system against "honest" and "fearless"voices of criticism.

Promoted
Listen to the latest songs, only on JioSaavn.com
"Prime Minister Narendra Modi's address to the top judges of the country on Sunday instigating the judiciary against the civil rights activists and organisations was neither surprising nor new to the nation.

"The address and the views expressed by the Prime Minister are in line with the broader agenda of the BJP government in centre to muzzle the right thinking voices in the country against the increasing radical tendencies under Modi rule," the party said in a statement.