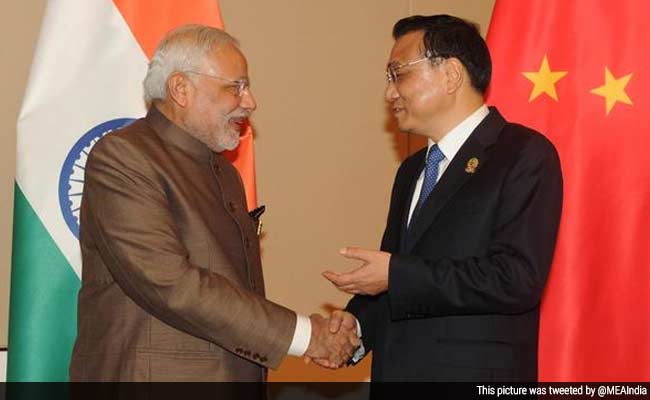 Beijing: Prime Minister Narendra Modi's Madison Square-style event in Shanghai during his upcoming visit to China has generated a "terrific response" from Indian professionals and students based in various cities in the world's most populous nation.

Mr Modi plans to give a speech in Shanghai similar to the one at New York's Madison Square Garden last year on his US visit. This will be the first time an Indian leader has attempted such an event in China which until recently had very few Indians.

From across China there has been a "terrific response" for the prime minister's event being organised by the Indian community on May 16, a social media message by the Indian Association of Shanghai said, ahead of the last day for registration tomorrow.

"This will be the biggest Indian get-together ever to happen in China," the association notice's said.

With burgeoning trade links following gradual improvement in relations, the number of Indians in different Chinese cities is now estimated to be around 45,000 which includes over 13,000 students while the rest comprises businesspersons and professionals working for local and multinational firms.

Indian associations from various cities like Beijing, Shanghai, Shenzhen and Guangdong with large concentration of Indians, have sent notices a fortnight ago asking people to register for Mr Modi's event.

About 4,000 people are expected to attend the event.

Mr Modi will be arriving on a three-day visit to China on May 14, his first after taking over as prime minister.

As per the programme being worked out, he would begin his trip with a visit to the ancient city of Xian, the hometown of President Xi Jinping who will host Mr Modi with informal get- togethers showcasing Chinese hospitality, culture and Buddhism.

The scene will shift to Beijing the next day with the Prime Minister scheduled to have talks with President Xi and Premier Li Keqiang.

Mr Modi is also expected to address Chinese students at Tsinghua University here besides taking part in a colourful Yoga and Chinese martial art Tai Chi along with Mr Li.

Promoted
Listen to the latest songs, only on JioSaavn.com
Besides the Indian community, Mr Modi will also address a 'Make in India' business meet to woo Chinese investors.

His visit is expected to firm up several agreements and announcements. Expectations are also high here that he may extend an e-visa facility to Chinese nationals to attract larger numbers of tourists from China.