A large number of people who were witnessing a Ravan effigy in flames while standing on a railway track. 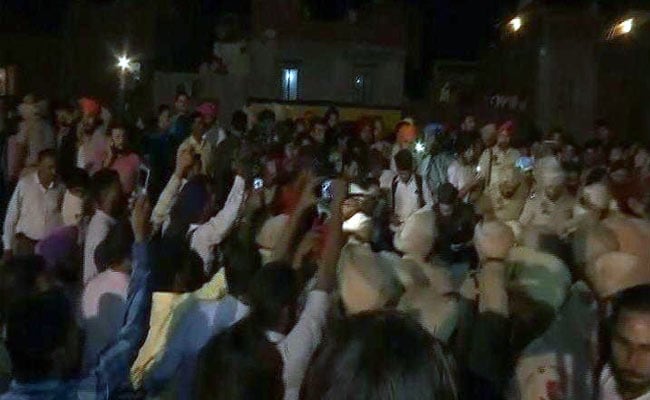 There were reportedly around 700 people at the tracks of Joda Phatak.

President Ram Nath Kovind, Prime Minister Narendra Modi and leaders of political parties on Friday expressed shock and grief over a train tragedy that claimed at least 50 lives during a Dussehra celebration in Punjab.

"Heartfelt condolences to bereaved families," President Kovind tweeted after a speeding train ran over a large number of people who were witnessing a Ravan effigy in flames while standing on a railway track.

"My deepest condolences to the families of those who lost their loved ones and I pray that the injured recover quickly. Have asked officials to provide immediate assistance that is required," PM Modi said.

Union Home Minister Rajnath Singh spoke to the Punjab Home Secretary and the Director General of Police of Punjab. He said the Centre would provide all possible assistance to the state.

Delhi Chief Minister Arvind Kejriwal expressed his pain over the loss of lives and urged his party workers to provide help at the accident site.

CPI-M General Secretary Sitaram Yechury tweeted: "Shocked... Responsibility and accountability must be fixed at the very top for such accidents."