The Pradhan Mantri Garib Kalyan Anna Yojana (PMGKAY) was reintroduced for two months till June this year in order to minimise the economic hardships being faced by the poor during the second Covid wave. 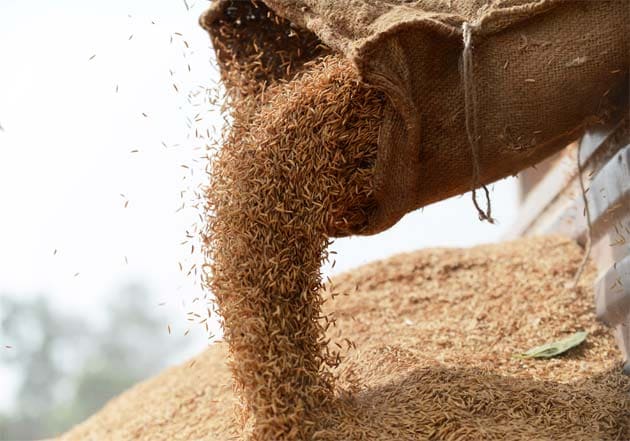 The Cabinet on Wednesday approved a proposal to extend the Pradhan Mantri Garib Kalyan Anna Yojana (PMGKAY) to provide free ration to over 80 crore people, mostly poor, by five more months till November-end.

The PMGKAY was reintroduced for two months till June this year in order to minimise the economic hardships being faced by the poor PDS (public distribution system) beneficiaries during the second wave of the COVID-19 pandemic.

Early this month, Prime Minister Narendra Modi while addressing the nation had announced that the Centre''s free food programme PMGKAY will be extended for five months till Diwali.

The same proposal was approved in the Cabinet meeting, chaired by Modi, on Wednesday.

"The Union Cabinet has approved the allocation of additional foodgrain under PMGKAY (Phase IV) - for another period of five months i.e. July to November 2021...," said an official statement.

The free supply of grains will ameliorate the hardships faced by the poor due to economic disruption caused by the coronavirus, it added.

No poor family will suffer on account of the non-availability of foodgrains due to disruption in the next five months, the statement said.

Five-kilo foodgrains per person per month is provided free of cost under the PMGKAY to 81.35 crore beneficiaries covered under National Food Security Act (NFSA), it noted.

This is over and above distribution of highly monthly subsidised foodgrains of 5 kg per person given at Rs 1-3 per kg via ration shops to poor beneficiaries covered under the NFSA.

The government said the sanction of additional food grains under the PMGKAY for five more months would entail an estimated food subsidy of Rs 64,031 crore.

As the central government is bearing the entire expenditure towards this scheme without any contribution by states, an additional expenditure of about Rs 3,234.85 crore would be required to be met towards transportation and handling and ration shop dealers' margins, etc by the government, the statement said.

"Thus, the total estimated expenditure to be borne by the Government of India will be Rs 67,266.44 crore," it added.

The foodgrains outgo will be 204 lakh tonne for five months distribution under the PMGKAY.

The Food Ministry will decide on the allocation of wheat and rice. It may also decide on the extension of the lifting/distribution period under Phase III and Phase IV of the PMGKAY as per operational requirements, arising out of adverse weather conditions like monsoon, snowfall, etc. and supply chain and Covid-induced constraints, according to the statement.