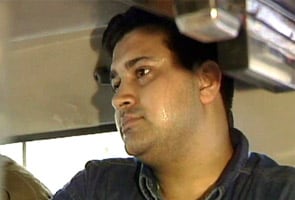 New Delhi: Delhi Police has told the Delhi High Court that it has no objection to parole for Manu Sharma, convicted for murdering Jessica Lall, as long as he files an affidavit promising not to leave Karnal and Ambala where a family marriage is taking place.

Mr Sharma' has asked for permission to attend his brother's marriage and related functions scheduled between November 10 and 21.

The court will now decide. However, the judges hearing the request made a pointed reference to 2009 when Mr Sharma was found at a nightclub while on bail - he had been granted the right to leave jail on the grounds that his mother was sick and he needed to attend to family business.

Mr Sharma has been in jail since December 2006 when the Delhi High Court found him guilty of murdering Ms Lall and sentenced him to life imprisonment. In April last year, the Supreme Court agreed with that order.

Promoted
Listen to the latest songs, only on JioSaavn.com
In April 2010, the Supreme Court agreed with an earlier Delhi High Court order that Ms Lall was shot in 1999 by Mr Sharma after she refused to serve him a drink at a restaurant where she was working as a celebrity bartender.