Police officer Ayub Pandith was posted on a security detail outside the Jamia Masjid in Jammu and Kashmir capital Srinagar's Nowhatta when he was attacked by a mob.

Police Officer Ayub Pandith was beaten to death outside Jamia Masjid in Jammu and Kashmir's Srinagar.

Srinagar: Family members wailed in grief this morning as police officer Mohammed Ayub Pandith's body reached his home in Srinagar's Nowpora, a short distance from the old city's Jamia Masjid. He was killed brutally by a mob of more than 200 late last night outside the mosque, around the same time that hundreds of people had gathered inside for congregational prayers.

Hundreds gathered for funeral prayers near the officer's home. "I have brought him up like a son, do people who go to a mosque to kill people like this? He was not an informer, then why was he killed?" said the officer's sister, sobbing.

Many of his colleagues too wept at a wreath ceremony at the city's police lines attended not just by top police and administrative officials but political leaders, including Jammu and Kashmir Chief Minister Mehbooba Mufti, who said angrily that the people who the officer was protecting had betrayed him. 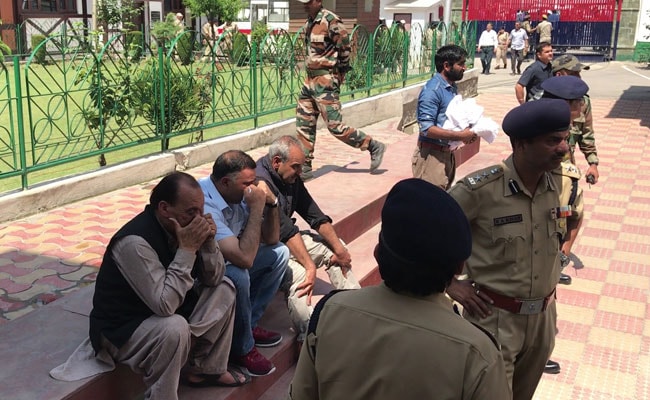 Policemen at the wreath-laying ceremony for DSP Ayub Pandith in Jammu and Kashmir capital Srinagar.

The Chief Minister said DSP Pandith, who was on security duty outside the mosque, was a local and so had asked his personal security guards to go home and break their fasts. He was thus alone when he was attacked by a murderous mob of between 200 and 300 people.

"There can't be a more shameful incident than this. This was his own area, so he told his security officers to go home for Shab-e-Qadr (the night of power). What can be bigger evidence of his faith (in the people)," Ms Mufti said.

The Jammu and Kashmir police were one of the country's best and performed their duty with valour, exercising restraint, the Chief Minister said, but warned, "They are showing maximum restraint because they think they are dealing with their own people, but for how long this will continue... It will be difficult if they lose patience."

A senior policemen said the officer, surrounded by the mob, appeared to have pulled out his service revolver in self defence as a last resort, but even as he stared death in the face he took care to shoot only at his attackers' legs, injuring three. 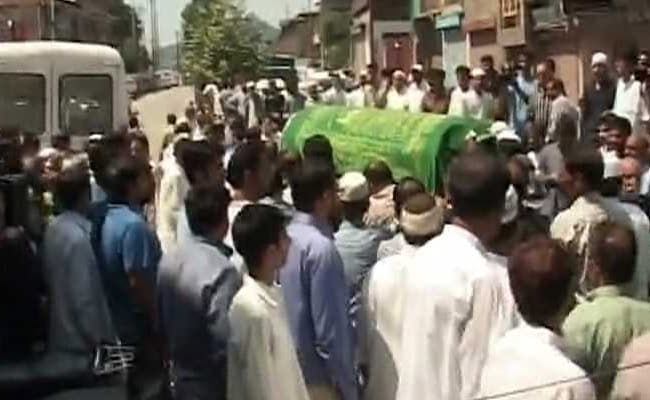 Scores of people gathered for the funeral of DSP Ayub Pandith in Srinagar.

A grim Director General of Police SP Vaid told reporters, "An officer being lynched by the very people he had gone to protect proves we have reached a stage where very little difference is left between humanity and barbarism."

Promoted
Listen to the latest songs, only on JioSaavn.com
Another police officer said three attackers have been identified and two of them have been arrested.

A week ago, six policemen including a Station House Officer (SHO), Feroz Ahmad Dar, were killed by terrorists in Anantnag district.