We Walked The Talk On Rural Electrification, Says PM Modi

In April, PM Modi announced that the Rs 76,000 crore Deendayal Upadhyaya Gram Jyoti Yojana (DDUGJY) project was completed with the electrification of around 18,000 villages. 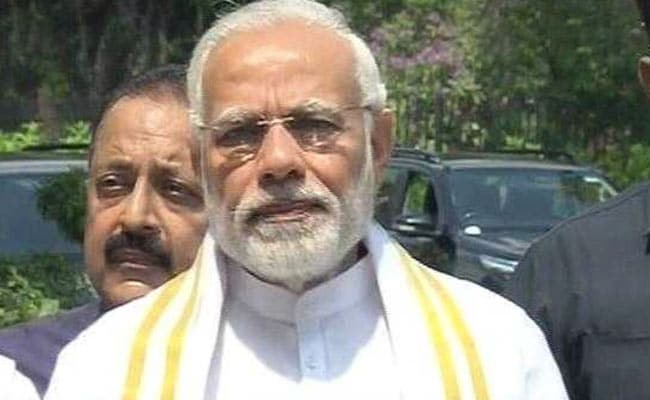 Prime Minister Narendra Modi on Thursday claimed that officials working on electrification projects under his government reached every village, remotest of areas to fulfil his promise to the nation.

"From the ramparts of Red Fort, I announced every village will be electrified. We walked the talk and went to every village. We not only focussed on electrification but also reformed the distribution systems across the country," PM Modi said addressing residents of newly electrified villages via the NaMo App.

"Most of the villages were in remote, hilly areas, and in areas with poor connectivity. It was not easy to reach there but a dedicated team of people did it," he said.

In April, PM Modi announced that the Rs 76,000 crore Deendayal Upadhyaya Gram Jyoti Yojana (DDUGJY) project was completed with the electrification of around 18,000 villages.

"It has been 70 years since we attained independence but 18,000 villages did not have electricity supply. This was quite unfortunate," he said.

Taking a snipe at the Congress-led United Progressive Alliance, PM Modi said: "In 2005, the then government promised to electrify every village by 2009. Then President (Sonia Gandhi) of the ruling party (Congress) went a step ahead and said 'we will bring electricity to every home'".

"Needless to say, none of that happened during their long tenure," he added.