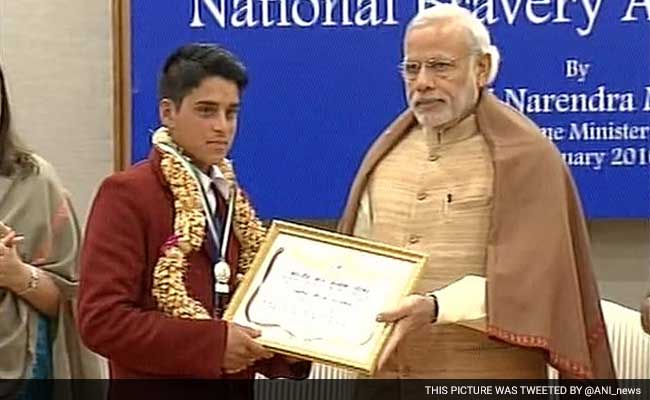 He congratulated the children along with their parents for their bravery to help "fellow human beings in distress", an official statement said.

PM Modi said that presence of mind, quick thinking, selfless determination and sensitivity for fellow human beings in distress were the most important elements of the acts of bravery of these children.

"For the award winners, this act of bravery should not become an end in itself. Life must continue to evolve and the children should continue to develop their careers and continue to serve society to the best of their abilities," the prime minister said.

He said that the book 'Life progression of ICCW (Indian Council for Child Welfare) National Bravery Awardees' he released today touched upon these aspects.

Minister for Women and Child Development Maneka Gandhi was also present on the occasion.

The National Bravery Award scheme was initiated by the ICCW to give due recognition to children who distinguish themselves by performing outstanding deeds of bravery and meritorious service and to inspire other children to emulate their examples.