PM Modi said the Congress in Punjab, too, had made big promises to farmers, but deceived them after coming to power. 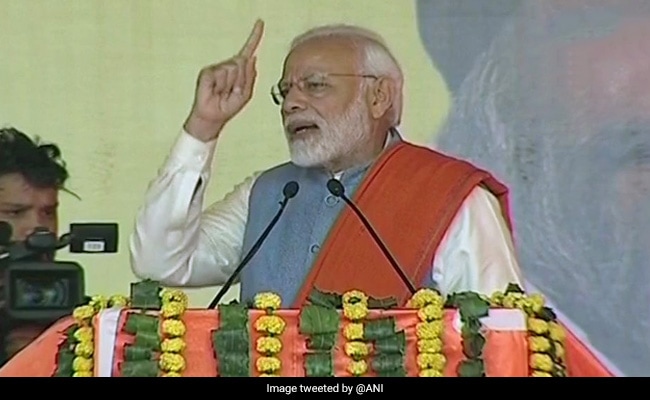 Prime Minister Narendra Modi on Thursday launched a scathing attack on the Congress over the 1984 anti-Sikh riots and farm loan waivers. PM Modi said the Congress in Punjab, too, had made big promises to farmers, but deceived them after coming to power.

"The Congress had made tall promises to farmers on loan waiver, but later deceived them," he said at a rally in Gurdaspur.

"The Congress is also awarding those involved in the 1984 anti-Sikh riots with chief minister's post," he said.

"On one family's direction, the files of those involved in the riots were put under wraps, but the NDA dug them out and set up an SIT. The results are before you," PM Modi said.

He said the NDA government took a historic decision to build the Kartarpur Corridor to link the Dera Baba Nanak in Gurdaspur to the Gurdwara Darbar Sahib in Pakistan's Kartarpur, the final resting place of Guru Nanak Dev.