PM Modi at the Terracotta Warriors Museum in Xian

Prime Minister Narendra Modi arrived in China early on Thursday morning on a three-day visit. His first stop is the ancient city of Xian, also the hometown of President Xi Jinping.

PM Modi's arrival in Xian is significant and a departure from protocol by the Chinese government. It is being seen as a sign of the importance China is attaching to this visit and a reciprocal gesture after President Xi was hosted by the Indian Prime Minister in his home state of Gujarat last year.

PM Modi "will be given the highest-level reception when he arrives on Thursday, with President Xi Jinping accompanying him throughout his stay in Xi'an, the capital of Shaanxi province. It is very rare for Chinese leaders to accompany foreign guests outside Beijing," the state-run China Daily reported. 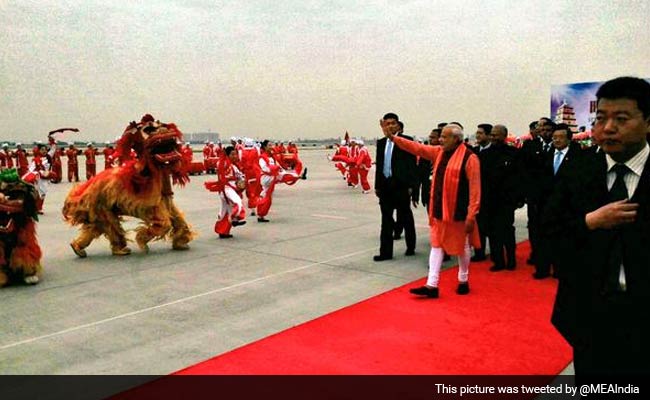 Mr Modi's formal talks with the Chinese leadership will take place on Friday in Beijing. India and China are expected to sign 20 business deals worth about $10 billion during PM Modi's visit.

Sources have told NDTV that trade imbalance will figure high on the agenda. The trade deficit between India and China increased about 34 per cent to $48.43 billion in 2014-15 from $36.21 billion in the previous fiscal. This is what the government stated in Parliament on Wednesday.

India's concern on the rising deficit has been discussed with China earlier as well.

Promoted
Listen to the latest songs, only on JioSaavn.com
India also has concerns about China's ambitious Maritime Silk Roads project, though Beijing is keen to have India on board.