Parents Were "Scared" To Send Me To Miss India, Says Second Runner-Up

Being an architect by profession, Shreya Rao Kamvarapu's decision to try out for Miss India was not taken well at home. 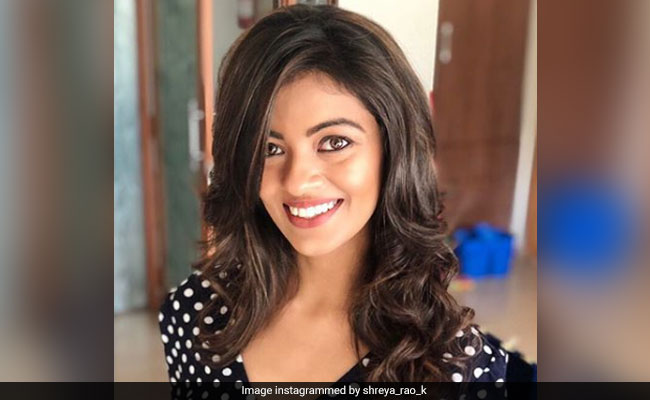 Shreya Rao Kamvarapu, the second runner-up in Miss India 2018 says her family was initially "scared" to send her to the pageant competition.

Last year, when a friend insisted she audition for Miss India, Shreya did not think she would make it. She auditioned just to gain experience and eventually made it.

"I didn't know how to do the make-up or how to walk the ramp. I was not a very 'girly' girl. But I thought Miss India saw some potential in me. They said work on yourself a little bit, become fit, work on your walk. I could do it because I had that personality".

"So I decided I would talk to my parents because five years down the line, I don't want to regret saying I never gave it a shot. So I worked on myself," Ms Kamvarapu told PTI.

Being an architect by profession, her decision to try out for Miss India was not taken well at home

"They were very scared to send me here (Miss India). But when they came with me to all my auditions, they saw that the pageant isn't just about beauty. They realized their daughter was growing" she said.

"It was a shock to them because at home I was a different person, an introvert. Then they realized the pageant taught me a lot of things", Ms Kamvarapu added.

Ms Kamvarapu says her focus is clear, to get a bigger crown for India and not to enter the glamour world.

Promoted
Listen to the latest songs, only on JioSaavn.com
"The responsibility now is to focus, for the next one year, on winning the International crown. I have never imagined myself even as a Miss India so to imagine myself in the glamour world is something I have to think of, but right now I have no plans" she said.

"I would love to go back to my profession, architecture was my passion. I want to open several educational institutions, it is still a dream. I would love to do that," she adds.