Over 20 Million Indian Children Have No Access To Pre-School: UN Report 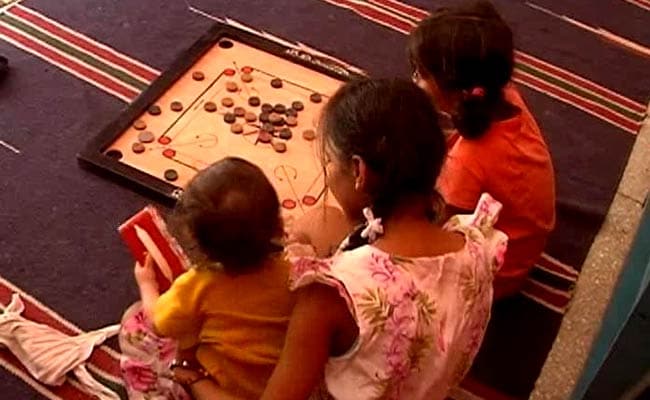 According to the government's National Survey for Estimation of Out-of-School Children conducted in 2014, more than 60 per cent of children dropped out before completing class 3. (File photo)

New Delhi: Out of 74 million children, in the group of 3-6 years in India, around 20 million did not attend pre-school and most of them belonged to disadvantaged and marginalised sections of the society, a UNICEF report said on Tuesday.

According to "State of the World Children Report-2016", released globally by UNICEF, around 34 per cent children from Muslim families, 25.9 per cent from Hindu families and 25.6 per cent from Christian families did not attend pre-school.

"Lack of access to pre-school education has a long-term impact on learning capabilities of a child. It is a continuum. When children enter primary school without going to pre-school they are likely to drop early and will not be able to fulfill their potential," UNICEF India representative Louis-Georges Arsenault said while releasing the report.

According to the government's National Survey for Estimation of Out-of-School Children conducted in 2014, more than 60 per cent of children dropped out before completing grade 3, he added.

The study also found that implementation of Right To Education (RTE) Act has led to a drop in the number of out-of-school children, aged 6-13 years, to six million in 2014 from eight million in 2009.

However, 36 per cent of children drop out before completing elementary education and about half of them are from marginalised and deprived groups, it said.

Highlighting lack of quality education, the report citing the National Achievement Survey (2014), said "less than half of Class V students correctly answered reading comprehension and mathematics question posed to them."

Expressing the hope that the new education policy will address these lacunae, Arsenault said "New Education policy with its vision for India as a knowledge superpower really calls for building the goal of Right To Education Act and moving beyond elementary education and extending it to include pre-schooling and also competition in secondary education."

Secretary, Department of School Education and Literacy, Education Ministry, SC Khuntia said "we are formulating a new education policy and have formed a committee in the ministry to look into these issues."

Apart from education, the UNICEF study also pointed at rise in numbers of neo-natal deaths (probability of dying during the first 28 days of life) in 2015 in India, which accounted for 45 per cent of total child mortality.

The report suggests that this can be addressed by ensuring maternal educational, which contributes to a child's chances of survival.

"Across much of south Asia and sub-Saharan Africa, children with mothers who received no education are almost three times as likely to die before age of 5 as children of mothers with secondary education.

"Education enables women to delay and space births, secure access to maternal and child health care and seek treatment for children when they fall ill. If all mothers achieved secondary education, there would be 1.3 million fewer annual deaths of children under age 5 in South Asia," it said.

The report also stressed that poverty was a huge obstacle in ensuring literacy among women as marriage often cuts short their pursuit for education.

"With no progress, almost 950 million women will have been married as children by 2030, up from more than 700 million today. And by 2050, almost half of the world's child brides will be African," it said.