"No Roof, Toilet": What Students Of Jammu And Kashmir School Face Daily

The roof of the school was blown away by a storm in June last year. 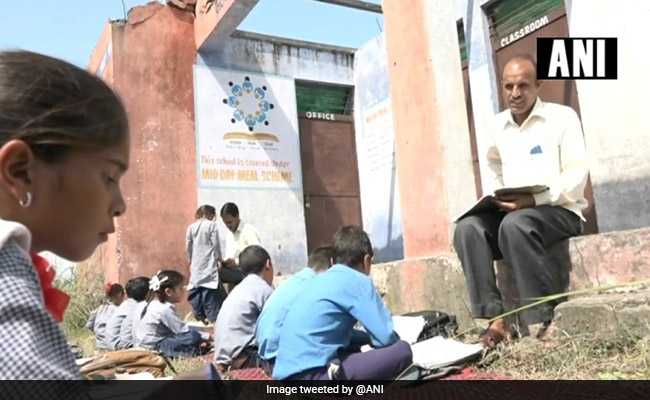 The school has to be closed whenever there is a rain.

The students of a government primary school have been studying under the open sky for over a year now. The roof of the school was blown away by a storm in June last year.

The students of Government Primary School Mohalla Tallaian are often compelled to sit in front of the damaged school building in the open to take their classes.

The school with forty students, many of whom are girls, also lacks facility of a working toilet.

Highlighting the concerns of the students and teachers, Jagdish Singh a local resident of the village said, "This is a government school which has 40 students and two teachers. In 2017 the roof of this got damaged during a storm. Since then no one bothered to repair the roof."

He further said the school has to be closed whenever there is a rain.

"The education of students is suffering. We have now taken a small room in the village on rent but that is not adequate as five classes in one room cannot be taught properly. The students can't fit in that room as well and students have to mostly sit outside."

A student of the school, Vandana, shared, "We sit in sunlight and face a lot of problem. We do not have any place for sanitation nor a playground. We want that school should be repaired." 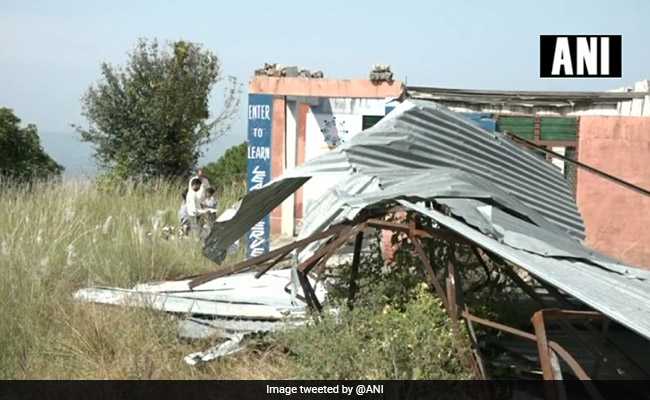 The roof was blown away due to storm.

Manoj Kumar, another village resident echoed similar sentiments and added, "The school has remained damaged since June last year. The roof of school was of tin and it flew away in the storm. There is no place for students to study. They somehow manage in a room provided by a village resident. We have approached authorities but it has been fifteen months and we have not got any response."

Vijay Kumar, the teacher at the school also claimed to have informed the concerned authorities.

He said, "We have informed concerned authorities about our problem. We appeal to the government to provide us with a building. There is neither facility of toilet nor any playground."

Upon being apprised about the poor condition of the school, Deputy Commissioner of Udhampur assured immediate action.

Udhampur Deputy Commissioner Ravinder Kumar told ANI, "It has come to my notice and it is very unfortunate if the building hasn't been repaired since last one and half years. I have sought a report in this regard. We have released money and are hopeful the contractor will start repair work in 3-4 days."

jammu and kashmir schoolschool without roofUdhampur