No Possibility Of Shifting To Delhi As Of Now, Says Devendra Fadnavis

"There is no possibility as of now of my shifting to the Centre," Devendra Fadnavis said, adding he will continue as the CM "till Delhi calls". 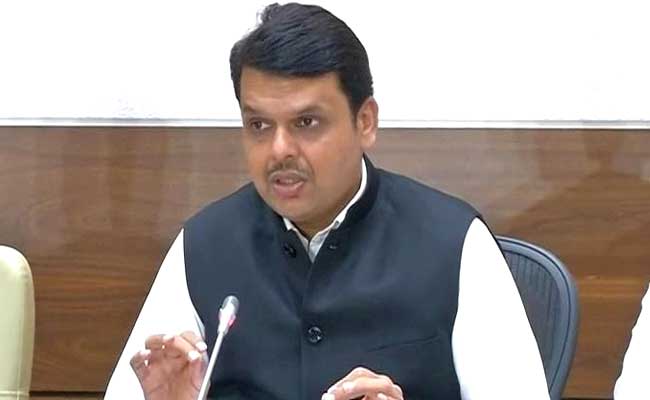 Mumbai: Seeking to dispel speculation in a section of media over his continuance as Maharashtra chief minister, Devendra Fadnavis today said there was no possibility at the moment of him moving to Delhi.

"There is no possibility as of now of my shifting to the Centre," he said, adding he will continue as the CM "till Delhi calls".

"There is no question of removing Danve. We will contest coming elections under his leadership," he said. Mr Fadnavis, who was sworn in as the chief minister in October 2014, praised Prime Minister Narendra Modi for "changing the political system riddled with corruption", and adding "only Modi can achieve the dream of a developed India."

The BJP meeting was held against the backdrop of reports of imminent change of guard in the state unit as well as a reshuffle in the state cabinet. The meeting, held at Prabodhankar Thakare Auditorium, came a day after a meeting of the state BJP's core committee here.

Mr Fadnavis came down heavily on members of the steering committee of farmer groups who had announced that guardian ministers would not be allowed to unfurl the national flag at district headquarters on August 15 if the government failed to announce 'unconditional loan-waiver'.

"Those preventing guardian ministers from unfurling the national flag are deshdrohi (traitors)," he said.

"We won't spare anyone who prevents us from hoisting the national flag, even if it means losing power," Mr Fadnavis said.

Mr Fadnavis also lauded the contribution of the party's state organising secretary Ravindra Bhusari who stepped down last month citing the reason that he had turned 60 and wanted to be relieved of the responsibility.
Comments
Devendra FadnavisRaosaheb Danve