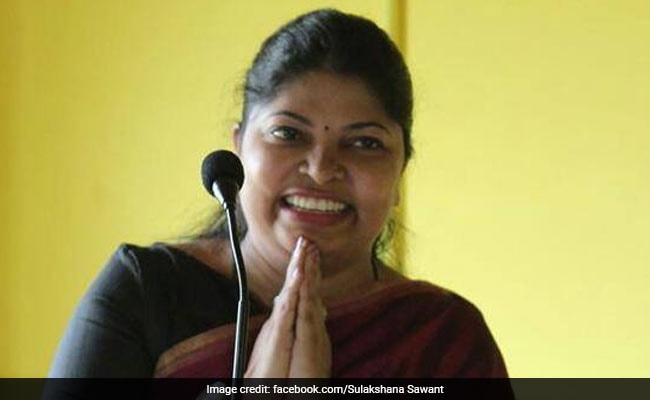 Sulakshana Sawant heads the BJP Mahila Morcha, the women's wing of the party, in Goa

She said that her husband Pramod is suitable for the new top "job" because he proved himself well in past assignments as the Speaker of the Assembly and as the head of a major government corporation, giving the analogy of a young person facing a job interview who is asked about job experience.

"When we come from the Sangh, then for us the country comes before party. This sentiment of keeping nation first is taught to us by RSS. When someone does social work with this sentiment in mind or enters politics, this is the principle, that the nation should come first in whatever work we do," Ms Sawant told reporters on the sidelines of the swearing-in ceremony early on Tuesday at Raj Bhavan.

Sulakshana heads the BJP Mahila Morcha, the women's wing of the party, in Goa.

She described Pramod Sawant, 45, as "a very methodical person".

Asked how her would perform in his new position, Sulakshana said: "When someone goes seeking for a job, the first question the person is asked is what is your experience? But when someone actually gives a job, that is when the person will get experience."

Sulakshana said that when Mr Sawant was first elected MLA in 2012, he was given the responsibility of heading the Goa State Infrastructure Development Corp and in 2017 was appointed the Speaker -- and he performed well in both the assignments.

"Perhaps he fulfilled those challenges well, therefore, he has been given the responsibility for Chief Ministership by the MLAs," she said.