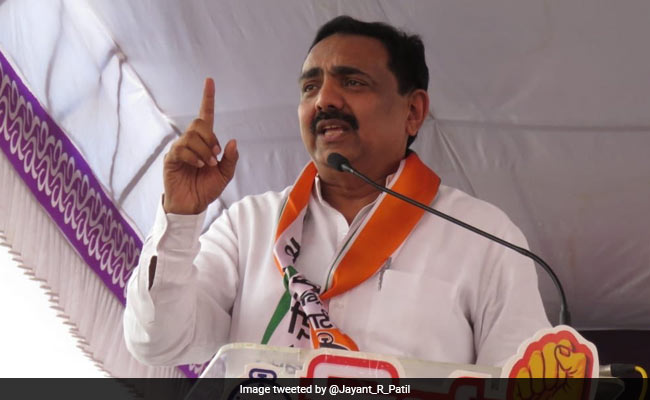 Jayant Patil says both the parties will discharge the duty in Opposition.

Maharashtra Nationalist Congress Party (NCP) chief Jayant Patil today said his party and its ally Congress will sit in the opposition in Maharashtra, as mandated by the people.

Mr Patil's comments came amid talks of possibility of the NCP backing the Shiv Sena in government formation, as the Uddhav Thackeray-led party's relationship with ally BJP seems to have strained over the issue of power sharing in the next state government.

"We have been asked to sit in the opposition by the people and we will discharge that duty," Mr Patil said.

Senior NCP leader Ajit Pawar said his party will highlight mistakes committed by the government. "We will keep a tab if the government is working in the right direction. We will ensure there is no injustice meted to any section of the society on the government's watch," Mr Pawar said, implying it will sit in the opposition.

On Tuesday, NCP chief spokesperson Nawab Malik said the formation of an alternative government can be given a thought in case the BJP fails to prove its numbers on the floor of the state Assembly.

The Shiv Sena on Tuesday cancelled its meeting with the BJP on government formation, hours after Chief Minister Devendra Fadnavis denied that Mr Thackeray's party was assured the chief minister's post for two-and-a-half years as part of a power sharing formula.

The BJP emerged as the single largest party in the recently-concluded Maharashtra Assembly polls, winning 105 seats. The Shiv Sena, NCP and Congress won 56, 54 and 44 seats, respectively.

Any party or alliance that seeks to form government in Maharashtra has to prove the backing of at least 145 legislators in the 288-member state Assembly.

Meanwhile, the newly-elected NCP legislators will meet on Wednesday evening to elect their legislature party leader and group leaders in both the state Assembly and Council.