The commission said it has issued notices to the chief secretary and the director general of police (DGP) of Bihar. 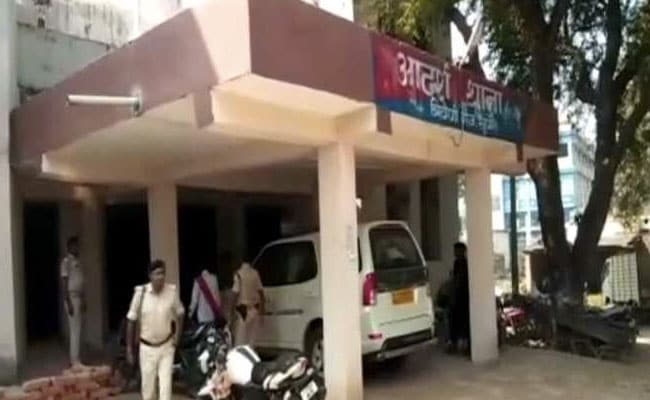 The attack on Bihar schoolgirls was reported on Saturday evening. (File)

The NHRC has sent a notice to the Bihar government and DGP in connection with over 30 girl students being beaten up by a mob after they protested against lewd comments on a wall allegedly written by boys of a neighbouring school in Supaul district.

The National Human Rights Commission (NHRC) in a statement on Tuesday said it has taken suo motu cognisance of media reports, according to which, the mob had "a free run", vandalising the Kasturba Gandhi Balika Vidyalaya (KGBV), which is exclusively for the girls belonging to Scheduled Caste, Scheduled Tribe, OBC and minority communities.

"On October 6, at least 34 girl students of in Supaul district of Bihar were brutally beaten up by some local youths when they opposed their routine sexual advances and lewd comments.

"Their tormentors included students of the adjacent Middle School and their parents," the rights panel said.

The commission said it has issued notices to the chief secretary and the director general of police (DGP) of Bihar, seeking a detailed report in the matter, including status of medical treatment of the injured students, measures taken to step up security at  residential schools and action taken against the unruly group of people named in the complaint.

"Going by the media reports, it is apparent from the sequence of incident that there is serious security lapse at the girls' school, where the miscreants entered at their free will, committed the brutal act and fled from the spot," the NHRC said.

"The administration should have taken timely action when the issue was raised by the girl students regarding routine sexual advances by the local youths. The victim girls have been beaten up when they were in the custody of a government-run hostel school," it said.

The incident has raised issue of safety of the girl students studying in the state-run residential schools, the rights panel said.

The incident occurred on Saturday evening when the girl students of the residential school were playing within the campus.

"Both the schools are in the same campus with separate buildings and a common playground.

"The boys allegedly wrote some lewd comments on the wall of the girls school, which the minor girls resisted and beat up the boys before chasing them away," Supaul District Magistrate Baidyanath Yadav had earlier said.

The Middle School boys, all minors, narrated the incident to their parents, following which their mothers teamed up with other villagers and entered the school premises and attacked the girls, Mr Yadav said.

The NHRC said, "The boys called their parents and got the girls beaten up with sticks and rods."

"It is mentioned in the news reports that the injured girl students were first taken to primary health centre but they were so badly injured that two of them had to be taken to Supaul Sadar Hospital, while 32 other students of Class 6 to 8 were sent to Triveniganj Referral Hospital," the statement  said.

The warden alerted the security guard and called up the local administration but the "miscreants were able to flee from the spot," it said.

"The Superintendent of Police, Supaul has reportedly stated that KGBV authorities have named nine people in their complaint and two of them have been arrested. Four persons have been detained for interrogation and others are absconding," the statement said.

Reportedly, the state's education minister has assured that the Education Department will take steps to ensure the safety of the girls in the school, especially the residential ones,  it said.