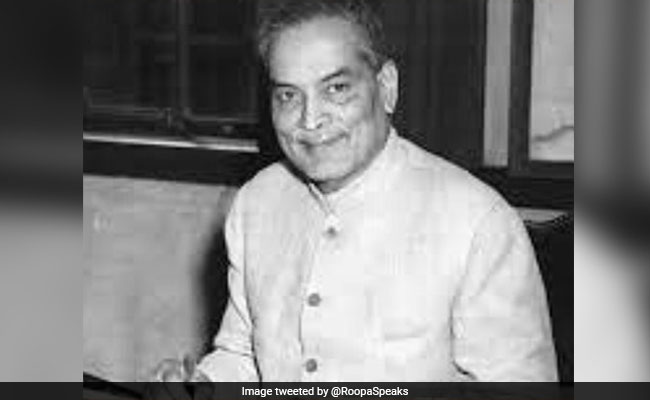 On National Doctor's Day, many on social media paid tribute to Dr Bidhan Chandra Roy, an eminent physician, academician, freedom fighter and politician. Dr Bidhan Chandra Roy was the first Chief Minister of West Bengal after India gained Independence. National Doctor's Day is marked in honour of Dr BC Roy on his birth and death anniversary, on July 1. He was awarded the Bharat Ratna in 1961.

Remembering former Chief Minister of West Bengal, Dr Bidhan Chandra Roy on his birth and death anniversary. The day is celebrated as National #DoctorsDay in his honour 1/2

My pranaam to the #physician#educationist#philanthropist#freedomfighter and #politician who served as the Chief Minister of West Bengal ,on his birthday- Bharat Ratna - Dr Bidhan Chandra Roy
#drbidhanchandraroy#roopagangulypic.twitter.com/M0LFVfUw1K

Dr Bidhan Chandra Roy was born in 1882 in Patna. He was the youngest of the five siblings. His father Prakash Chandra came from from a wealthy family in Jessore (now in Bangladesh) but he did not inherit much. The family lived on Prakash Chandra's moderate salary.

Dr Bidhan Chandra Roy studied at Presidency College in Kolkata and later at Patna College with Honours in Mathematics. In 1901, he joined the Calcutta Medical College. After completing medical studies in India, Dr BC Roy left for England only with a small sum of money for higher studies. He was repeatedly refused admission at St. Bartholomew's Hospital but he was determined and kept submitting his application. After nearly 30 applications, Dr BC Roy was admitted, say records. In just a little over two years, he became a member of the Royal College of Physicians and a fellow of the Royal College of Surgeons.

When the freedom movement was at its peak in India, Dr BC Roy was drawn towards it but he firmly believed that swaraj cannot be successful unless people were strong and healthy. He played a key role in establishing several healthcare facilities like the Jadavpur TB Hospital, Chittaranjan Seva Sadan, Kamala Nehru Memorial Hospital, Victoria Institution and Chittaranjan Cancer Hospital in Kolkata. His focus was particularly on healthcare for women and children. The Chittaranjan Seva Sadan for women and children was opened in 1926. He also started a healthcare training center for women.

Dr BC Roy was close to Mahatma Gandhi. In 1933, when the Mahatma was starting a fast in Poona, Dr BC Roy went to see him. Gandhiji had refused medicines because they were was not made in India and asked him, "Why should I take your treatment? Do you treat four hundred million of my countrymen free?" The doctor had replied "No Gandhiji, I could not treat all patients free. But I came here not to treat Mohandas Karamchand Gandhi, but to treat someone who represents the four hundred million people of my country."