"My Heart Breaks At Vilification Of Rhea Chakraborty": Vidya Balan

Rhea Chakraborty and her family has been accused of misappropriating Mr Rajput's money by the actor's family in an FIR in Patna. 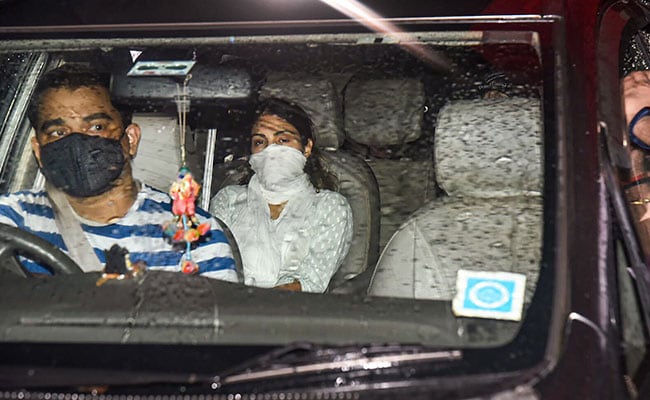 Actor Vidya Balan has called out the "vilification of Rhea Chakraborty" in connection with Sushant Singh Rajput's death case, saying it is unfortunate that the tragedy has been turned into a "media circus".

Rhea Chakraborty and her family have been accused of misappropriating Mr Rajput's money by the actor's family in an FIR in Patna. The case is now being investigated by the CBI.

The TV coverage around Sushant Singh Rajput, who was found dead in his Bandra apartment on June 14 at the age of 34, has been criticised, with many on social media calling it insensitive and deeply intrusive.

Rhea Chakraborty, in an interview, had said she was being targetted in the case, calling the media scrutiny of her relationship with the actor a "witch hunt".

On Sunday, south actor Lakshmi Manchu lamented that media had made a monster out of Rhea Chakraborty and asked them to refrain from "being evil and cruel" towards her.

"I have complete trust in the judicial system and all the agencies that are involved in bringing justice to Sushant. But until then can we restrain ourselves from being evil and cruel and lynching of person and her entire family without knowing the facts," Ms Manchu wrote on Twitter.

Replying to Ms Manchu, Vidya Balan posted a statement and said that the coverage into Sushant Rajput's death is unfortunate.

"It is so unfortunate that the tragic and untimely death of a beloved young star Sushant Singh Rajput has become a media circus. In the same breath, as a woman, my heart breaks at the vilification of Rhea Chakraborty. Isn't it supposed to be 'innocent until proven guilty', or is it now 'guilty until proven innocent'!?" the 41-year-old actor wrote.

The "Shakuntala Devi" star further requested people to let the law take its course and refrain from passing judgements.

"Let's show some respect for the constitutional rights of a citizen and let the law take its course," Ms Balan added.

Today, Rhea Chakraborty's parents were called for questioning by the Central Bureau of Investigation (CBI) in connection with the case.

This is the first time that Rhea Chakraborty's parents were being questioned.

The 28-year-old actor was grilled for around 35 hours over the last four days while her brother Showik was quizzed for the last five days.

The Supreme Court had last week upheld the transfer of the FIR lodged in Patna to the CBI.