The makers of Munna Michael unveiled the third song from the film, titled Pyar Ho, on Wednesday 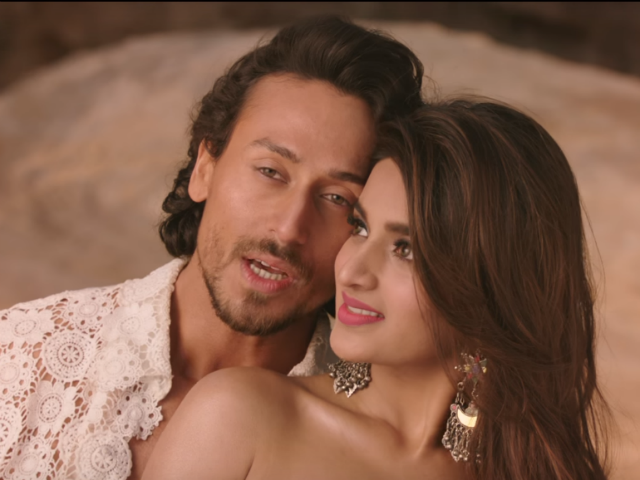 Munna Michael: A still from the song Pyar Ho

New Delhi: The makers of Munna Michael unveiled a new song from the film, titled Pyar Ho, today. The three-minute song, which has been shot in exotic locations, sees Tiger Shroff aka Munna romancing Nidhhi Agerwal aka Dolly. Pyar Ho is the third song released from the film after dance numbers Ding Dang and Main Hoon.The melodious number has been sung by Vishal Mishra, who has also composed the music and Sunidhi Chauhan. The beautiful lyrics of the song have been written by Kumaar. Munna Michael, which has been directed by Sabbir Khan, is scheduled to release in theatres on July 21. The film also stars Nawazuddin Siddiqui in lead role.


Munna Michael's song Ding Dang, which was unveiled last week, is Tiger Shroff's tribute to his father, veteran actor Jackie Shroff. In an earlier interview to news agency IANS, the 27-year-old actor said: "The song is a tribute to my father (Jackie Shroff). There is no better way I could have done it than as his Munna. Dad is my buddy, my first hero... He's the reason I'm here. That's why for this character I'm trying to live his life."

On June 5, the trailer of Munna Michael was unveiled by the makers of the film. In the film, Tiger Shroff will portray the role of Munna, a street con, who aspires to be renowned dancer like Michael Jackson. During his journey he befriends gangster Mahinder Fauji aka Nawazuddin Siddiqui and teaches him how to dance.

Promoted
Listen to the latest songs, only on JioSaavn.com
Munna Michael marks Tiger Shroff's third collaboration with filmmaker Sabbir Khan. They have previously worked together in films like Baaghi and Heropanti.