Ding Dang can prove to be an ideal party anthem for Tiger Shroff fans. Sung by Amit Mishra and Antara Mitra, the peppy number has lyrics composed by Danish Sabri and Sabbir Khan 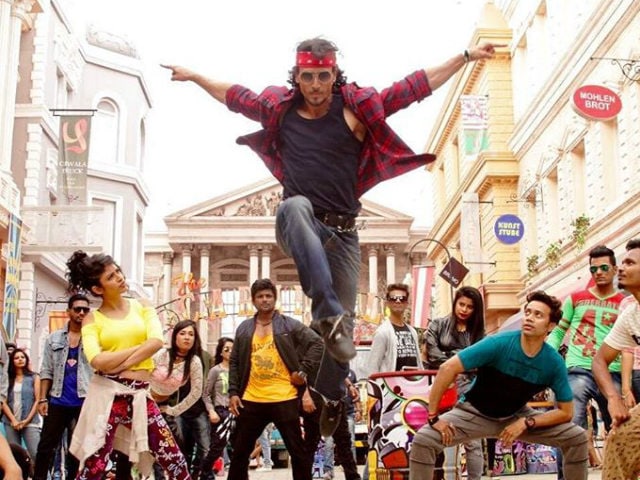 Tiger Shroff and Nidhhi Agerwal in a still from the song

New Delhi: Munna Michael song Ding Dang is here with Tiger Shroff doing what he does best. Tiger, who features in the titular role, dances his heart out and Niddhi Agerwal, who co-stars with him in the film, matches steps with him. Ding Dang can prove to be an ideal party anthem for Tiger Shroff fans. Sung by Amit Mishra and Antara Mitra, the peppy number has lyrics composed by Danish Sabri and Sabbir Khan. Tiger, who can be seen grooving on gridlocked streets and on top of buses, tweeted the purpose of the song: "This time, we're taking Bollywood's Asli Beats to the streets." In a separate tweet, he added: "Got into the Ding Dang groove yet?" Ding Dang has been choreographed by Ganesh Acharya.

Earlier in an interview to news agency IANS, Tiger revealed that Ding Dangis actually his tribute to his father, veteran actor Jackie Shroff. "The song is a tribute to my father (Jackie Shroff). There is no better way I could have done it than as his Munna. Dad is my buddy, my first hero... He's the reason I'm here. That's why for this character I'm trying to live his life," Tiger had said.

In Ding Dong, Tiger has been styled to resemble his father from Hero. Speaking to IANS, director Sabbir Khan said: "We styled Tiger in a manner similar to his father back in the day. The dance moves have also been designed keeping Jaggu dada in mind. Tiger somewhat looks like his dad from Hero. He has even spoken in that lukkha lingo and does it well."

Promoted
Listen to the latest songs, only on JioSaavn.com
Here, check out Tiger and Nidhhi take over the streets with their blockbuster dance moves:


Munna Michaelmarks Nidhhi's Bollywood debut while Tiger has films like Baaghi 2 and Rambo in the pipeline.