The Ambanis had reportedly given the first wedding invite at the Siddhivinayak Temple in Mumbai. 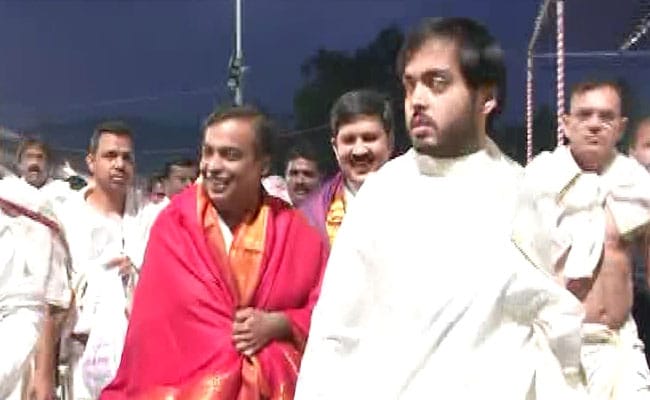 Mukesh Ambani and his son, Anant Ambani were seen leaving the Tirupati Temple

Isha Ambani is set to marry her long-time friend and industrialist Anand Piramal in December.

Mukesh Ambani and his youngest son Anant Ambani were seen leaving the Balaji or Venkateswara Swamy Temple, popularly known as the Tirupati Temple. The Reliance Industries chairman was seen in a red silk stole. The temple is known to be one of the richest in the world with earnings this year expected to be nearly Rs 3,000 crore.

The Ambanis had reportedly offered the first wedding invite at the Siddhivinayak Temple in Mumbai. 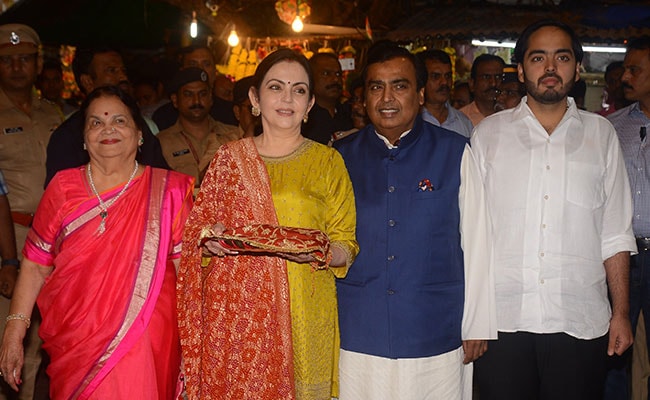 After a lavish engagement ceremony in September at Italy's paradise-like destination - Lake Como, the Ambanis had in October, announced the date for the Isha-Anand wedding. "We are delighted to share that the marriage of Isha Ambani and Anand Piramal will take place in the residence of Shri Mukesh Ambani and Smt. Nita Ambani in Mumbai with family members and close friends on 12th December, 2018. The ceremonies will be performed in accordance with Indian traditions, customs and culture," a statement by the Ambanis and the Piramals said.

The two families have known each other for over four decades.

Anand's father Ajay Piramal is the chairman of the Piramal Group of companies, whose interests range from pharmaceuticals to financial services.

Anand proposed to Isha at a temple in Mahabaleshwar earlier this year. It was followed by a private party in May. 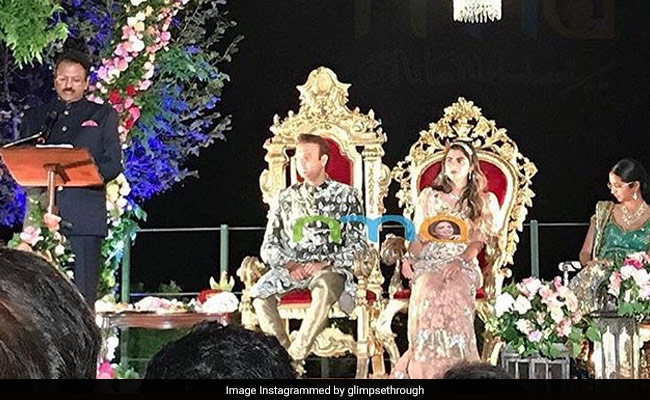 Isha Ambani and Anand Parimal at their lavish 3-day engagement at Lake Como.

The news of Isha Ambani and Anand Piramal's engagement came just months after her twin brother Akash got engaged to Shloka Mehta, the daughter of diamond magnate Russel Mehta.