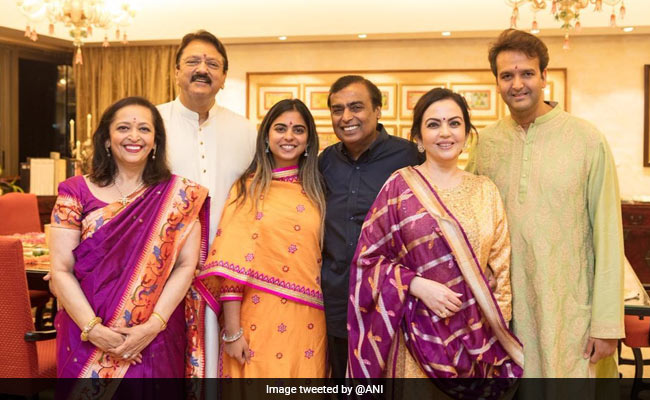 Isha Ambani, daughter of Nita and Mukesh Ambani, will get married to her long-time friend and industrialist Anand Piramal on December 12.

"We are delighted to share that the marriage of Isha Ambani and Anand Piramal will take place in the residence of Shri Mukesh Ambani and Smt. Nita Ambani in Mumbai with family members and close friends on 12th December, 2018. The ceremonies will be performed in accordance with Indian traditions, customs and culture," a statement by the Ambanis and the Piramals said.

"During the weekend prior to the wedding, the Ambani and Piramal families will host their friends and family in Udaipur, where they are partnering with artisans and craftsmens to integrate local culture and traditions into the festivities," the statement added.

The couple had a lavish engagement ceremony in picturesque Lake Como, in northern Italy on the lap of Alps last month. The three-day-long affair was attended by several Bollywood stars.

Yesterday, the Ambanis were at the Siddhivinayak Temple to offer the first invite for the wedding. In June, the Ambanis had also offered the invitation card for Akash Ambani and Shloka Mehta's engagement at the same temple. 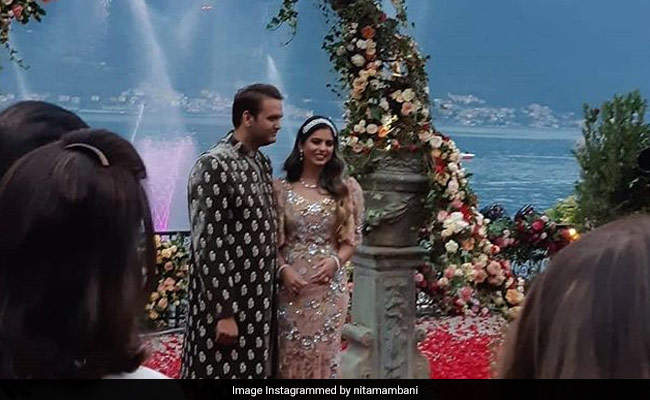 The couple had a lavish engagement ceremony in picturesque Lake Como

While India's richest man Mukesh Ambani is the chairman of Reliance Industries Limited, Anand's father Ajay Piramal is the chairman of the Piramal Group of companies, whose interests range from pharmaceuticals to financial services.

Anand reportedly proposed to Isha at a temple in Mahabaleshwar in May. The couple celebrated the occasion with a lunch, joined by their parents Nita, Mukesh, Swati and Ajay. 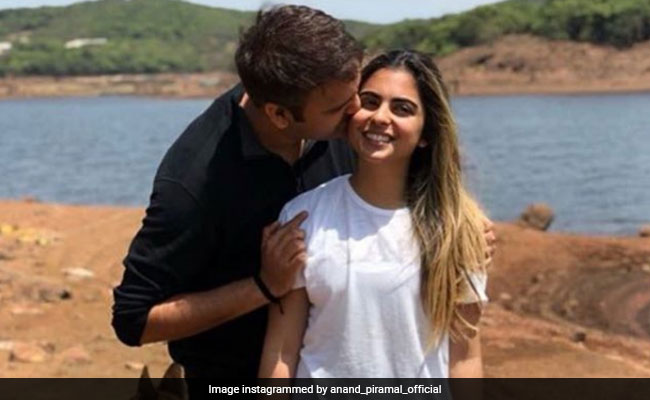 Anand Piramal and Isha Ambani have been long-time friends

Anand founded Piramal Realty in 2012 and Piramal Swasthya, a rural health initiative. He is also an executive director of the Piramal Group, Ajay Piramal-led global business conglomerate, which has offices in 30 countries. Isha Ambani is on the boards of Reliance Jio and Reliance Retail and is credited for instilling a culture of youthful dynamism in the business.