Modi-Xi Informal Summit: This is the second informal summit between President Xi and Prime Minister Modi. Their first informal meeting at the Chinese city of Wuhan last year resulted in normalisation of the relations between the two countries after the 2017 Doklam standoff. 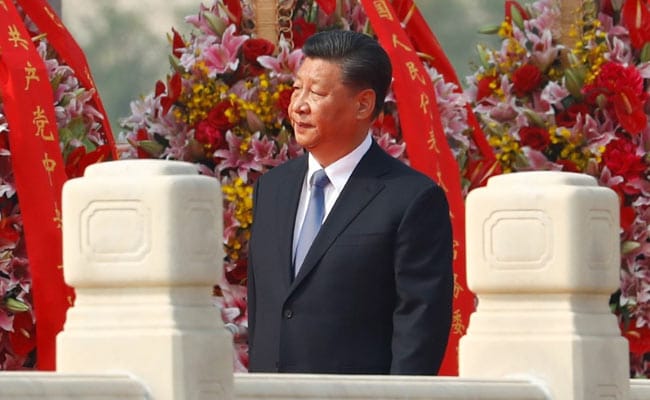 Modi-Xi Informal Summit: Xi Jinping will meet Narendra Modi for talks on a host of issues

Chinese President Xi Jinping left for India this morning for the second informal meeting with Prime Minister Narendra Modi in the southern state of Tamil Nadu. He will arrive in Chennai this afternoon, shortly after which he will visit the coastal town of Mahabalipuram or Mamallapuram.

President Xi will meet PM Modi and hold talks on a host of issues in a relaxed atmosphere at the historic tourist town of Mahabalipuram. He will also be given a guided tour of the over 1300-year-old monuments.

PM Modi will then host President Xi for a private dinner. The two leaders are also scheduled to meet tomorrow morning to continue the their informal discussions.

After his visit to India, President Xi will leave for Nepal on Saturday afternoon.

This is the second informal summit between President Xi and Prime Minister Modi. Their first informal meeting at the Chinese city of Wuhan last year resulted in normalisation of the relations between the two countries after the 2017 Doklam standoff.

Ahead of the summit, the China's state media said the 'Modi-Xi' meeting would focus "more" on how to move beyond the past and present differences to forge a cooperative partnership.

"The belated official announcement of President Xi's visits to the country's two South Asian neighbours (India and Nepal), only 48 hours ahead of the informal meeting, was proof that Beijing and New Delhi cherish the opportunity to improve bilateral ties through the personal chemistry between their top leaders," an editorial in the state-run China Daily on Thursday stated.

The meeting between PM Modi and President Xi "sent the reassuring message that they (India and China) want nothing to get in the way of constructive engagement", it said.

"President Xi's meeting with Prime Minister Modi in the southern Indian city of Chennai on Friday and Saturday is expected to focus more on the two countries' historical and present differences, and how to move beyond them to realise their cooperation potential. While it remains to be seen what Xi and Modi can accomplish in Chennai, the potential of greater bilateral engagement certainly supports a relationship that is far more positive than one that is just stable," the editorial said.

Chinese Vice Foreign Minister Luo Zhaohui told the media in Beijing on Wednesday that officials of both sides have made meticulous preparations for the informal summit through close interactions.

"Now the solid ground has been laid. With the joint efforts of the two sides, President Xi's visit to India will be a full success and set the tone and direction for further growth of bilateral ties and lead to new progress and fruitful results in exchange of cooperation between the two sides," he said.

"The meeting will once again send a consistent message of China and India to the whole world and inject stability and positive energy to the world that is full of uncertainty," he said.

Highlighting the importance attached by China to 'Modi-Xi' summit, Mr Luo said, "During the Wuhan summit (last year), there was a strong personal chemistry between the two leaders. Without the personal commitment from the two leaders this kind of informal meeting is not possible."

"So, for them to sit together to have any in-depth discussion in Chennai (Mamallapuram) and to discuss global and regional affairs so that the dragon and the elephant can work together, so that we can have deeper strategic communication that will help bilateral relations and practical cooperation between the two countries," he said.

Their meeting "will also have a far reaching positive implications to regional and global development and stability", he said.

No agreements are expected to be signed during the summit.

"This is a new way of exchanges between Chinese and Indian leaders. The border areas had maintained peace and tranquillity and practice has proven that mutually beneficial cooperation is very important to the two sides," Mr Luo said.