The Congress leader said the government should answer how many such alleged defaulters has the Income Tax Department probed and what is the undisclosed income unearthed. 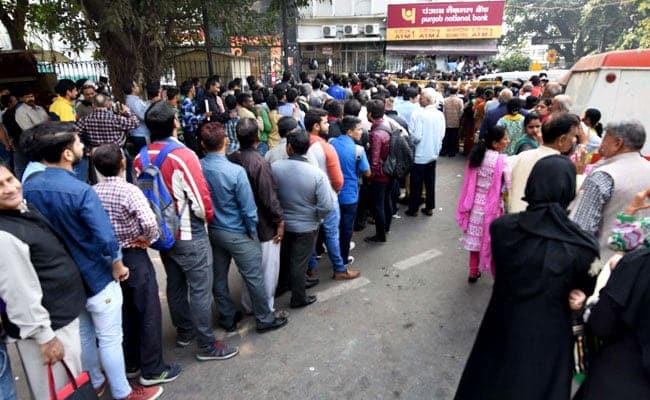 Ahead of the 4th anniversary of demonetisation, the Congress on Friday demanded that the government bring a white paper on the benefits of its decision to ban notes of higher denomination.

Congress spokesperson Gourav Vallabh asked why is the government afraid to make public the names of entities involved in scams, the details of defaulters and transaction trails, since the Income Tax Department was probing all those with undisclosed incomes.

"In the next couple of weeks, when we will be commemorating the 4th anniversary, we demand that the government should come out with a white paper highlighting the cost and benefits of this ''Tughlaqi decree''," he said at a press conference.

The Congress leader said the government should answer how many such alleged defaulters has the Income Tax Department probed and what is the undisclosed income unearthed.

The Income Tax Department had announced that they would initiate assessment proceedings to check black money instances after demonetisation, but till date there has been no disclosure from the department.

"Demonetisation was an organised loot and legalised plunder," he said.

"How much black money has the government recovered from such defaulters so far," he asked.

Mr Vallabh alleged that serious charges of tax evasion have come out in the wake of demonetization against a prominent jeweller of Surat, who made sales of Rs 96.3 crore post 8.30 pm on November 8, 2016, when noteban was imposed.

Subsequently, between November 10 and 12 the jeweller deposited close to Rs 110 crore cash in banks and the total tax paid as per allegations is only Rs 80 lakh.

He said what is surprising is that rather than acting on the complaint, the IT Department has been after the complainant itself, who is a former income tax officer.

"Why did the government decide to misuse the machinery to raid the whistleblower instead of instituting an inquiry against the alleged scam," he asked.

Mr Vallabh also accused the Modi government of being "autocratic in the garb of a democratic one".

He said the Indian economy is still reeling with the aftershocks of this ill-advised move.