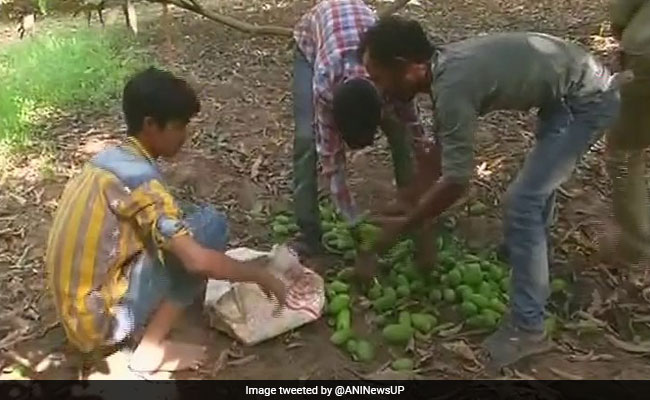 Over 25 per cent of mango harvest, specially in the Malihabad belt, has been damaged in dust storm.

Lucknow: Heavy damage to property, crops especially to the mango harvest has been reported from across Uttar Pradesh as a massive dust storm hit most parts of the state late on Wednesday night, officials said.

Six people were also injured in accidents and tree felling during the storm, which hit most places, including the state capital at a speed of 55 km per hour.

More than 25 per cent of the mango harvest, specially in the Malihabad mango belt has been damaged with most fruits falling off due to gusty winds.

Power outages have been reported from many towns and localities in the state capital. Hundreds of tress were uprooted and a 150-year-old building on Victoria street in old Lucknow was also damaged.

Promoted
Listen to the latest songs, only on JioSaavn.com
More than a dozen late night flights were affected by the dust storm and trains were also delayed for over two hours.

The Regional Met Office has predicted more dust storms in the coming days and have said that there could be scattered rains which would bring some temporary relief from the sweltering heat.
Comments
UP dust stormMango harvestMango harvest damaged