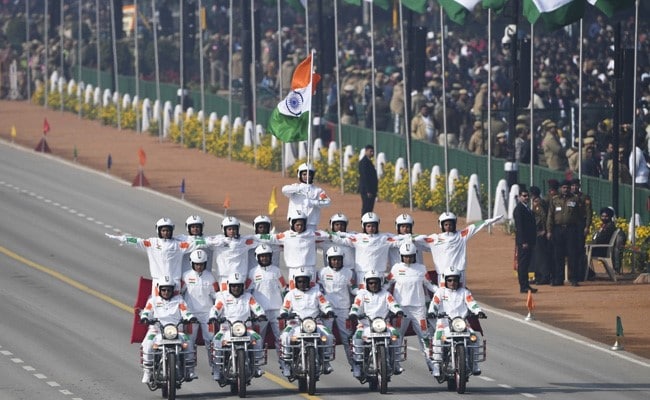 India celebrated its 71st Republic Day this morning with a 90-minute parade in New Delhi where Brazil President Jair Bolsonaro was the chief guest. India's military might was on display at the parade that witnessed many firsts.

Breaking from the tradition, Prime Minister Narendra Modi paid tributes to the soldiers who died fighting for the country at National War Memorial, instead of Amar Jawan Jyoti. His visit, which came ahead of the majestic Rajpath event, marked the start of Republic Day celebrations. The national flag was then unfurled, followed by the anthem and a 21-gun salute. 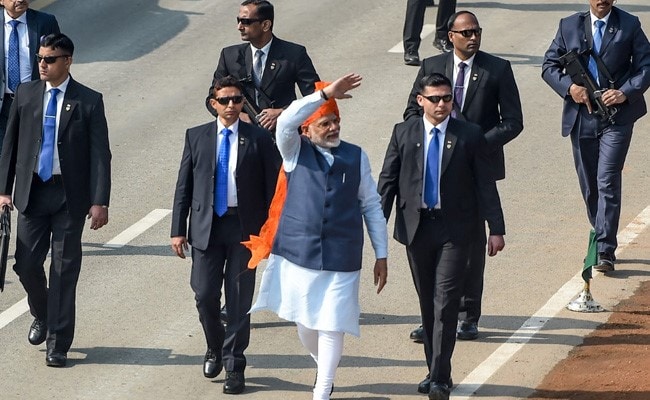 Twenty-two tableaus - 16 from states and union territories and the rest from various ministries and departments - took part in the annual event. Certain states, such as Bengal and Kerala, were not represented after their tableau ideas were rejected by the centre.

A year after India successfully tested ASAT (anti-satellite) missile in March by shooting down its own decommissioned satellite, the Defence Research and Development Organisation was represented by an ASAT tableau in this year's parade for the first time. Heavylift helicopter Chinook and attack helicopter Apache, both recently inducted in the Indian Air Force, also made a debut in the parade. The Chinooks can airlift diverse loads in remote locations. The Apache, on the other hand, is a versatile helicopter capable of firing air to air and air to ground missiles, rockets and front gun aided through fire control radar which can unleash havoc on the adversary. The grand Republic Day flypast was one of the most-awaited segments of the parade.

In another first, Dhanush artillery - a towed Howitzer designed indigenously by the Ordnance Factory Board - was seen at the Republic Day parade.

In the grand finale, one of the most keenly awaited segments of the parade, fly-past with the "Trishul" formation was carried out by three Advanced Light Helicopters. For the first time, a "tri-service formation" also took part in a Republic Day parade. This was followed by a "Vic" formation of Chinook helicopters.

No Objections If Prashant Kishor Wants To Join Us, Says AAP