The chief minister directed Coochbehar, Jalpaiguri and Alipurduar district authorities to ensure supply of food and water to train and bus passengers stranded due to blockades. 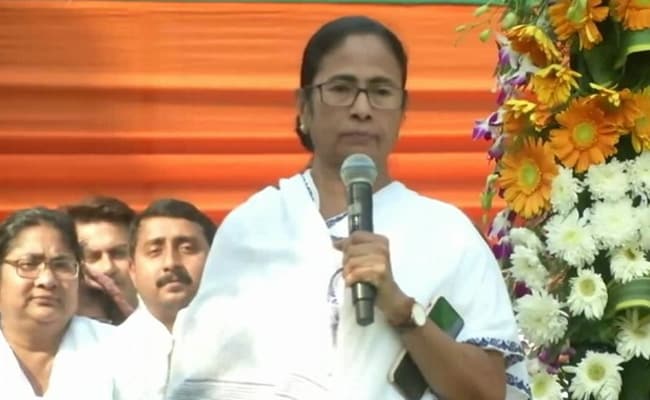 Mamata Banerjee directed officials to take action against those indulging in vandalism. (File)

West Bengal Chief Minister Mamata Banerjee held an emergency meeting with senior officers of the state administration and police forces on Sunday night and directed them to remain on high alert, amid incidents of violence in the state.

In the about-two-hour-long meeting at her Kalighat residence, Ms Banerjee directed the officials to take strict action against those indulging in vandalism, an official said.

"The meeting was held on the basis of intelligence inputs. The chief minister directed that all the police station in the state must be on high alert," a senior official, who was present at the meeting, said.

"She has asked the police forces to act quickly and take strict immediate steps to deal with such incidents," he added.

"There is also misinformation being shared on social media in the form of fake visuals of violent and objectionable content with a motive to disrupt public peace," he said, adding that the perpetrators have been identified and will be dealt with strongly.

The chief minister also directed Coochbehar, Jalpaiguri and Alipurduar district authorities to ensure supply of food and water to train and bus passengers stranded due to blockades.

Violent protests over the amended Citizenship Act continued to rock various parts of West Bengal for the third consecutive day with several incidents of vandalism and arson being reported from different districts.