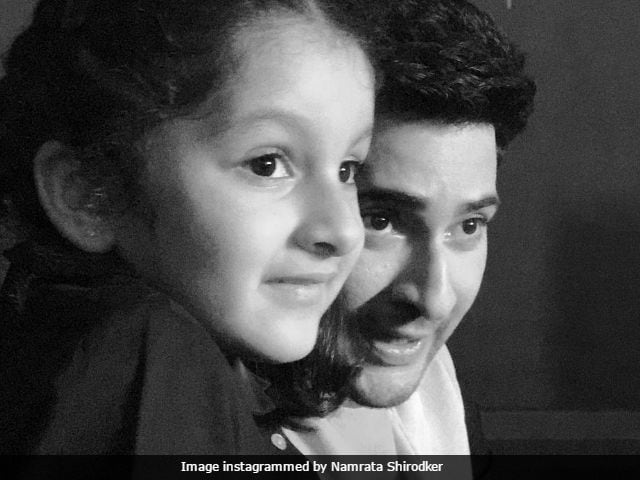 Mahesh Babu with his daughter Sitara on the sets of Spyder

New Delhi: Actress Namrata Shirodkar recently visited the sets of her husband Mahesh Babu's upcoming film Spyder with her daughter Sitara. The film's cinematographer Santosh Sivan clicked some spectacular pictures of Namrata with Sitara and he also captured moments Mahesh babu spent with his daughter in between the shoot. Namrata Shirodkar started dating Mahesh Babu after working with him in 2000 film Vamsee. Namrata Shirodkar married Mahesh Babu in 2005 and moved to Hyderabad. They are parents to Gautam Krishna Gattamaneni, 11, and Sitara, 5. Mahesh Babu's Spyder is directed by AR Murugadoss and also stars rakul Preet Singh. Here are the pictures Namrata shared on Instagram:

Candid moments !! @sivan_santosh I never even know ur clicking !! Simply the best on sets @spyderthemovie_

Namrata Shirodkar was crowned Miss India in 1993 and she stood fifth in the Miss Universe competition in the same year. She debuted in Bollywood opposite Arshad Warsi in Hero Hindustani. The same year, she made a cameo in Salman Khan and Twinkle Khanna's Jab Pyaar Kisise Hota Hai, which released before Hero Hindustani.

She is best known for her role in films like Vaastav: The Reality, Pukar, Astitva, Dil Vil Pyar Vyar, LOC Kargil and Bride and Prejudice - also her last onscreen appearance. Chora Chittha Chora, Ezhupunna Tharakan and Anji are a few of her popular regional films.