Mahakoshal Express accident: The train derailed while it was on its way to Delhi from Jabalpur

New Delhi: Six people have been injured after eight coaches of the Mahakoshal Express, traveling from Jabalpur to Delhi, derailed in Kulpahar in Uttar Pradesh's Mahoba district. The accident happened at around 2 am. The reason for the derailment is not yet known, and an investigation has been started in this regard. According to the Ministry of Railways, the rear coaches of the train have derailed. The unaffected coaches left the site of the accident at 6:45 am and are headed for their destination - Delhi's Nizamuddin Railway Station.

Manjar Karar, a spokesperson of the Northern Railways said that the derailed coaches include one coach of 2nd AC, three coaches of 3rd AC, and the remaining were sleeper coaches. Rescue staff, railway police and administration officials are currently at the spot, sources in the railway ministry have said. The chief medical officer of the area - Sunil Kumar Vashnay is also at the site of the accident. 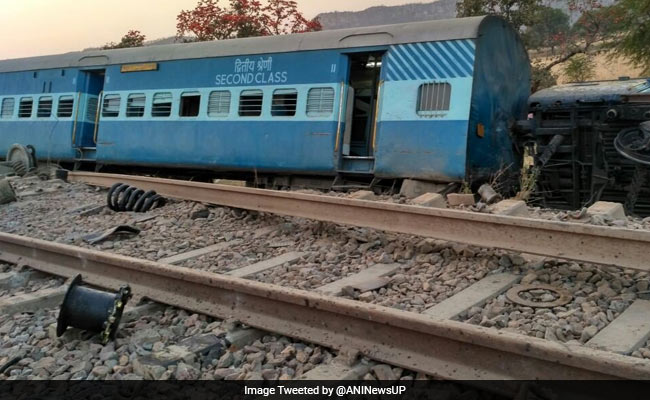 Mahakoshal Express accident: 8 coaches from the rear of the train derailed early this morning

Three buses have been arranged for local passengers. Water and refreshments have also been provided to the passengers who are stranded.

The Railways has started helplines at Jhansi, Gwalior, Mathura, Kanpur, Allahabad, Banda, Nizamuddin and New Delhi stations to disseminate information to the relatives of the passengers.

Promoted
Listen to the latest songs, only on JioSaavn.com
Helpline numbers: