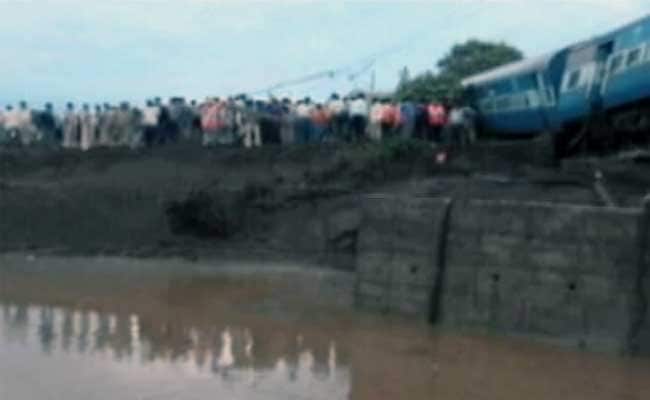 Bhopal: At around 11.30 pm on Tuesday, passengers on the Mumbai-Varanasi Kamayani Express had finished dinner and many were sleeping when they suddenly felt a jolt. In the next few moments, there was chaos and screaming.

At least 27 people are dead and over 300 have been rescued after two trains derailed on tracks near the Machak river in Madhya Pradesh.

It had been raining heavily when the train was crossing a culvert near the river, around 160 km from capital Bhopal.

Railway Chairman AK Mittal said the tracks caved as the soil shifted because of a flash flood. Even 10 minutes before the accident, he said, the tracks were intact and many trains had passed safely.

The surge of water had weakened the culvert, which collapsed.

Minutes after the train derailed, another came from the opposite direction. Four coaches and the engine of the Jabalpur-Mumbai Janata Express derailed.

Rescue operations were delayed because roads had been damaged by rain and teams had to walk in the dark to reach the accident site.

Monsoon rains have hit large swathes of the country in recent weeks, flooding rivers and roads and claiming some 180 lives in five states.