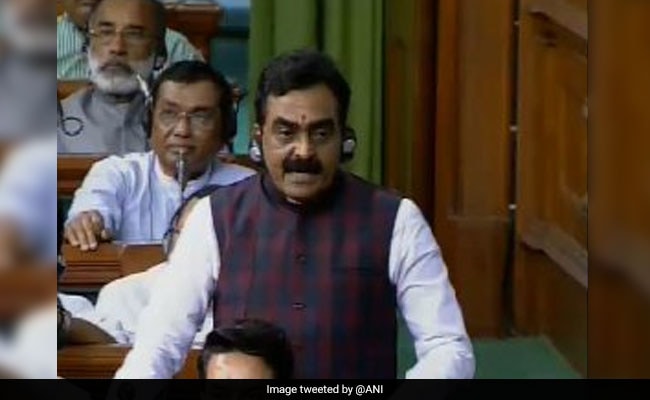 A day after two BJP lawmakers backed the Congress-led government during the voting on a bill in the Madhya Pradesh Assembly, state BJP chief Rakesh Singh said the party is "united" and there is no groupism.

Mr Singh, the Lok Sabha lawmaker from Jabalpur, rushed to Bhopal from Delhi on Wednesday after the BJP's central leadership took a dim view of two party lawmakers - Narayan Tripathi and Sharad Kol - voting in favour of the bill moved by the Congress in the state Assembly.

"Everything is under control," Mr Singh told reporters today. Earlier after reaching Bhopal, Mr Singh met Leader of the Opposition Gopal Bhargava and former chief minister Shivraj Singh Chouhan to find out reasons behind the two lawmakers backing the Congress-led government during the voting on the bill.

He held talks separately with Mr Bhargava and Mr Chouhan "to know what went wrong and why the two lawmakers voted for the Congress-backed bill", a source said.

Talking to reporters at the state BJP office in the city, Mr Singh said, "There is no groupism in the party and it is united. We did not seek division of votes on Wednesday."

A source said the BJP is in touch with Mr Tripathi and Mr Kol and wants to win them back and ensure they do not switch over to the ruling party.

A source said Mr Tripathi and Mr Kol met Mr Chouhan two days back and lodged a protest with him, saying their voices were not being heard in the BJP.

Mr Chouhan apparently assured the duo that their view points will be heard by the party, the source said.

However, on Wednesday, the two BJP lawmakers voted in favour of the Criminal Law (Madhya Pradesh Amendment) Bill, 2019 when it was put to vote in the House.