Former Congress leader Jyotiraditya Scindia's decision to quit the Congress and join the BJP sometime this week has raised a few eyebrows given his harsh criticism of the party during violence that consumed parts of Delhi last month.

"The situation in Delhi today is the result of a huge failure of duty on the part of the state and central governments. What took them so long to respond to the situation?" Jyotiraditya Scindia tweeted at 2.08 pm on February 26, three days after violence over the BJP-led centre's controversial citizenship law.

The Delhi violence left over 50 people dead and hundreds injured. Schools, homes and shops were vandalised and set on fire, as goons defied police orders and roamed the streets armed with lathis, iron rods and, in some cases, guns.

Horrific visuals and stories emerged, including that of an 85-year-old woman who choked to death as her home burnt. Delhi Police and Union Home Minister Amit Shah, to whom the cops report, were criticised for their slow response.

The @BJP4India leaders have got to stop spreading the politics of hate. Need both the governments to work together and put an end to this before it's too late!

In his tweet Mr Scindia, who sources say will be rewarded for his joining the BJP with a Rajya Sabha nomination and, later, a Union Cabinet post, lashed out at the party.

"BJP leaders have got to stop spreading the politics of hate. Need both governments to work together and put an end to this before it's too late!" he tweeted last month, as the BJP and the ruling Aam Aadmi Party (AAP) in Delhi blamed each other for the violence. 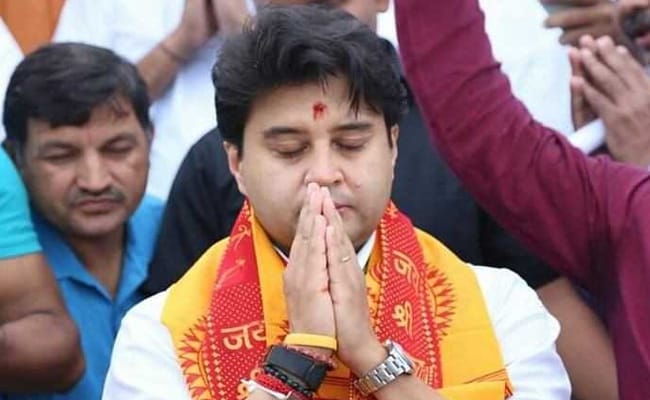 Jyotiraditya Scindia quit the Congress today in a shock move

The BJP has been panned for making incendiary remarks against those protesting the Citizenship Amendment Act, or CAA, with Lok Janshakti Party chief Chirag Paswan among those demanding strict action against BJP leaders accused of hate speeches.

In the run-up to last month's Delhi Assembly polls, BJP Lok Sabha MP Parvesh Verma made this shocking statement: "They (peaceful anti-CAA protesters at Delhi's Shaheen Bagh) will enter your houses, rape your sisters and daughters, kill them".

The speeches were played out for judges of the Delhi High Court, who tore into the cops over a delay in filing FIRs against these leaders.

In dramatic developments this morning, Jyotiraditya Scindia quit the Congress shortly after meeting Prime Minister Narendra Modi and Home Minister Amit Shah. His resignation was followed by that of a clutch of Congress MLAs, a development that has left the Kamal Nath government close to collapse.