Delhi Woman, 85, Trapped As Mob Set Her Home On Fire, Choked To Death

Delhi violence: 85-year-old Akbari's son told NDTV that his mother was on the third floor of their home when her four grandchildren saw that a mob was approaching their home to set it ablaze.

Delhi Violence: Akbari, 85, was trapped inside her home in the neighbourhood of Gamri Extension.

An 85-year-old woman is among those who died in the violence that has engulfed northeast Delhi over citizenship law protests since Sunday. 34 people have died and over 200 injured after four straight days of violence that saw vandalism, arson and stone-throwing.

Akbari was trapped inside her home in the neighbourhood of Gamri Extension after a mob set it on fire on Tuesday morning. Her son told NDTV that his mother was on the third floor of their home when her four grandchildren saw that a mob was approaching their home to set it ablaze.

"At around 11 am, the children said there's no milk at home. So I went out to buy milk. While returning, my son called up to say that about 150 to 200 men have reached home. I don't know if they were Hindus or Muslims. The children had locked the gate from inside," Akbari's son Saeed Salmani said. 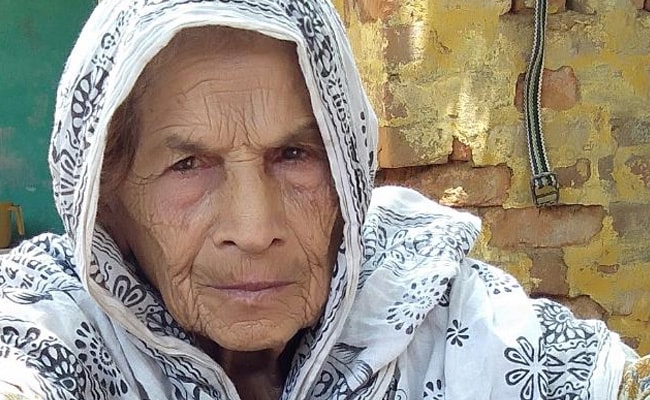 Delhi Violence: Akbari's body remained inside the burnt house for close to 10 hours.

His four children, all between 15 to 20 years, too were inside the home. Among the four children were two girls.

"My mother was on the upper floor and got trapped. I could not go inside as people said they will kill me too," Mr Salmani said. "The children kept calling asking saying 'Papa, aa jao, bachao hamein (Papa, come and save us),".

Trapped inside her home, Akbari had burn injuries on her hands and died of suffocation. The children managed to survive.

Mr Salmani said the mob first set fire on the ground floor where he had his garment workshop, and went upstairs to set the first, third and fourth floors on fire.  The entire family lived on the third floor, he said.

Akbari's body remained inside the burnt house for close to 10 hours and could be taken out by firefighters only at around 9:30 at night on Tuesday, after the fire was brought down.

"I am sure she must have screamed for help...No one could get here to help. She died of suffocation," Mr Salmani said.

"I appeal everyone to not make it about Hindus and Muslims. I had been working with so many Hindu employees. There was always peace," the grieving son said. "Now I lost my mother. My house and workshop too are gone."

When NDTV visited the home, firefighters were still trying to bring the the smoke billowing from the house under control. The workshop has been completely burnt down.