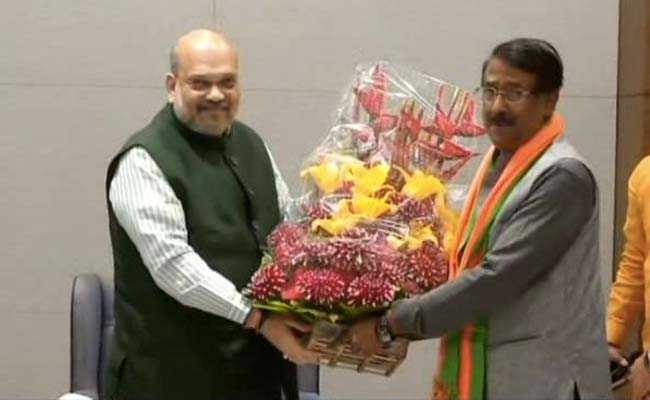 Union Minister Alphons Kannanthanam and former Mizoram Governor Kummanam Rajasekharan were among 13 candidates named by the BJP for the Lok Sabha elections in Kerala on Thursday. However, Tom Vadakkan --  who recently crossed over from the Congress to the BJP -- did not figure on the list.

Pathanamthitta, a Lok Sabha seat in high demand among several state party candidates, was left out of the list released by Union Minister JP Nadda. This constituency houses the Sabarimala temple, which witnessed intense protests last year against a Supreme Court order allowing women below 50 years to enter in violation of an age-old religious stricture. It is believed that the protests may have helped the BJP build a groundswell of support in Pathanamthitta, a reason why several leaders -- including state president Sreedharan Pillai -- are keen on it.

The BJP fielded Union Tourism Minister KJ Alphons from Ernakulam against two-time Congress legislator Hibi Eden. Ernakulam is a Congress stronghold that 72-year-old party legislator KV Thomas has won five times in the past. Disappointed at not being given a ticket for the elections, Mr Thomas hit out at his party before eventually falling in line and extending his support to Mr Eden.

Taking on two-time parliamentarian Shashi Tharoor will be former Mizoram Governor Kummanam Rajasekharan, a leader who rose through the RSS ranks to become the BJP state president between 2015-18. The BJP and Congress have locked horns ahead of the polls in this constituency, with both accusing the other of seeking votes on religious grounds before the state electoral officer.

The Left has fielded three-time legislator C Divakaran who has a past record of winning from seats , where he is least expected to win.

Incidentally, Mr Vadakkan had quit the Congress for the BJP after reportedly being denied electoral tickets on many occasions. However, he did not figure in the list announced by the BJP either. The veteran leader had quit the Congress for the opposition party on March 14, saying that it was out of disappointment over its response to the recent Indian Air Force attacks in Pakistan's Balakot.

The BJP is contesting 14 of the 20 Lok Sabha constituencies in Kerala. Five seats have been given to its ally -- the Bharath Dharma Jana Sena -- and one to the PC Thomas-led Kerala Congress. As of now, the party does not have even a single Kerala parliamentarian representing it in the Lok Sabha.