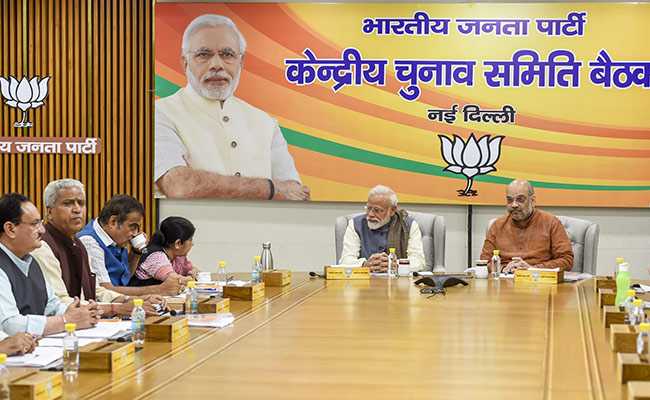 The ruling BJP plans to launch its campaign for the April-May national election with 500 "Vijay Sankalp Sabha" events across the nation, each led by a prominent party leader starting from party chief Amit Shah. The Vijay Sankalp or "victory pledge" meets will be held on Sunday and Tuesday.

The events will be held in 480 of the country's 543 Lok Sabha constituencies, say party leaders.

Amit Shah is likely to preside over a Vijay Sankalp Sabha in Uttar Pradesh. Defence Minister Nirmala Sitharaman will do so in Delhi.

On March 24 and March 26, many BJP leaders are expected to file their nominations after which the meetings would take place.

Prime Minister Narendra Modi will not take part in these meetings.

The BJP recently launched "Main Bhi Chowkidar" campaign after which PM Modi and party's senior leaders changed their titles on Twitter, prefixing "Chowkidar" before their names.

Union Minister Ravi Shankar Prasad informed on Tuesday that under the campaign, PM Modi will address the nation through video conferencing on March 31.

The Lok Sabha polls will take place in seven rounds from April 11 to May 19 across the country. The results will be announced on May 23.